Athenian label Modal Analysis has always seemed keen to keep the circle close. It’s three founding members; ANFS, 3.14 & Kondaktor curate the label tightly, with a strong focus on promoting artists involved in the local scene as much as possible. Explaining more about the origins of the label, Kondaktor considers their ethos. “The basic idea of the label was to promote music from Greek artists that were friends with us. Artists who’s music we really liked but the Greek audience didn’t have a clue about their existence, even if they were doing important things abroad.”

Having established the label in 2012 alongside promoting local acts, Modal Analysis also quickly developed a reputation for indulging its signee’s more experimental tendencies – their debut ‘Plate’ EP from Cassegrain for example was a far more primordial, stripped down affair than the material the duo have produced for label’s like Prologue or M_Rec. Further releases provided little respite from the darkened, experimental textures, teasing out growling noise-techno from the likes of Sawf, Yves De Mey & AnD.

Given the leftfield nature of the imprint’s releases, it’s perhaps of some surprise to discover the trio grew up with close links to the dancefloor, attending house & techno raves across the city. Kondaktor and 3.14 also ran parties after meeting in their teenage years, undoubtedly providing the experience with which they are now able to throw Modal Analysis events on a regular basis.

Between them, their musical backgrounds touch on a wide-range of genres however – each finding their own path to the grainy amalgamation of drone, noise and techno they explore currently. “I was a metal guy, and later I started listening to a lot of hardcore punk/black metal music” ANFS considers when pressed on the subject. “I was really into bands like Nine Inch Nails, Deftones, Russian Circle, Converge, Napalm Death, Burzum and Deathspell Omega, but also liked a lot of the classics like The Smiths, Beatles, Joy Division, The Wipers, Billie Holiday etc.” 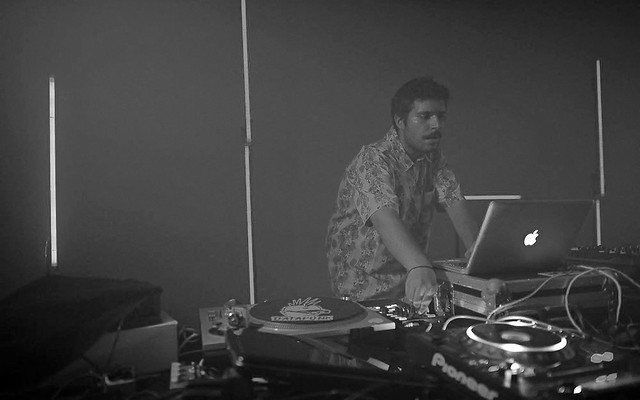 Whilst Kondaktor may have shared a fairly similar musical heritage, 3.14 found himself exploring scenes of a very different nature. “I grew up close to my uncle who was playing with different bands across the country back then. He was into psychedelic rock and worked as a piano teacher later on, getting into free jazz stuff. Nowadays he is making electronic music though! In my early teenage years I was following the classic US rap scenes, as well as the local hip hop one. My interest in hip hop beats directed my attention to more electronic oriented productions, until I got into the techno/house ‘culture’. Over the years I always had my influences districted by more experimental and abstract approaches too.”

A decade or so ago the transition into electronic music wasn’t such a difficult one to make. Now however the Athenian scene is more disparate, as 3.14 reflects when asked bout their early experiences clubbing. “There used to be a lot of different techno parties in the early/mid noughties in Athens, but with Modal Analysis we want to interpret a specific music culture in our own way, genre and aesthetic. Back then we were the ‘young ones’ getting in to the game, but over the years it seems that we managed to show our perspective and offer an alternative way to the Athenian electronic music scene.”

Further to the varying degrees of clubs and labels operating in the city, the financial crash in Greece also impacted heavily on how the scene in Athens functioned, although as 3.14 points out, in ways which might not have been expected. “On the one hand, the overall financial situation made our job more difficult in terms of the standard label-running expenses, and less income from domestic record sales and our day-jobs. On the other hand, it’s true that such complicated social situations can influence artists and offer them right environment to get creative and express themselves accordingly. During the crisis period there are a lot of new artist hitting the surface of the scene, some of them due to unemployment, some due to inspiration from the chaos around them.” 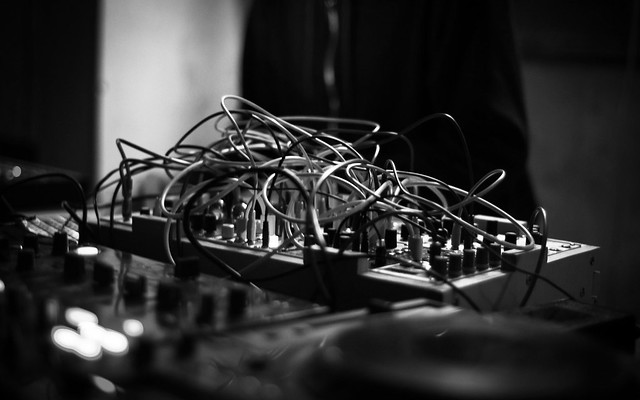 Indeed, the last few years especially have seen a burgeoning interest in the scene again – a factor which has undoubtedly helped motivate Modal Analysis’ successes. ANFS notes the changes that have occurred. “If you were asking me the same thing two years ago I’d tell you that there is no scene and we are pretty far from having one” he begins. “But in the last two years something has started to happen. There is no actual clubbing scene, and there are only two places in Athens where you can hear some good dance music, but there are some small groups of good promoters trying to book good DJs and make good parties. There are many excellent DJs, and I prefer to hear them play than book a well known DJ that might do a similar thing often worse than the locals do. There is Fasma Festival that George Kondaktor does, and in my opinion it’s really important for the city and for the scene. Also Habeat Records, which is maybe the only techno/house record store in the city, and most importantly I see more and more people producing good music. Actually a network starts to develop, you know people like us, Miltiades, Sawf, and upcoming producers like Nemmett and Morah - we are all somehow connected.” 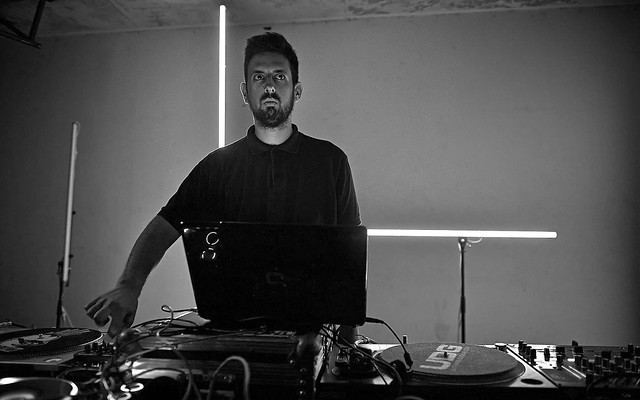 Alongside their work running the label, all three members also produce under their respective pseudonyms – ANFS made up the latest Modal Analysis recently with his debut EP ‘Ground’, whilst Kondaktor’s release history spans back to his harrowing, crumpled noise LP _Broken Boat _for Seattle based Further Records. 3.14 has taken the process more gradually, building up a catalogue of sounds of several years. “Over the last year, or two, I’ve spending more time working  on my own music than I ever did before. My debut release is coming in December on CLFT, a very authentic label based in Lyon, France. I’m actually building up a kind of library of tracks, most of which are dance-floor oriented - for DJ use. I also enjoy working on my own experiments though; using field recordings and over-produced samples.”

With ANFS’ debut being widely well-received, Modal Analysis’ raw, experimental niché in the electronic music scene at large seems in no danger of losing traction anytime soon, with plans for the next record already secured. “The next release will be a live improvisation recording of a new collaboration project of the local electronic music producer - you will learn more info really soon. In meantime we’re also preparing some label nights around Europe.”

Prev in articles: Tearing Down & Rebuilding // Fifth Wall In Focus