Butlins has had somewhat of an unlikely affair with electronic music festivals. Hosting parties such as Bangface on a regular basis, the comfort of sleeping in a chalet is tempered by the fact the event stages fulfil roles as bowling alleys and bingo halls as their usual functions. This provides an almost postmodern joke that underlies a festival like Bloc; putting brooding artsy electronic music in close proximity to dodgems, fairground rides and crazy golf courses. But if you can get over the challenges of trying to dance on beer soaked, technicolour 80s carpets, Butlins can be a pretty entertaining setting for such events. It can also be an important grounding experience; no matter how profound the music might seem, don’t forget that you’re essentially in a big arcade.

Compare that to the event at Pontoon Docks in 2012. A sense of anger and confusion rippled through the festival as rumours of overcrowding and imminent closure start to emerge on Twitter. ‘That’s it’ people said; Bloc is over. As much as that was a pretty disastrous event, its tedious to keep bringing it up. Through a series of one-off parties at Hackney Wick’s Autumn Street Studios, Bloc have managed to recover their reputation to the point of being able to throw another full-blown weekender at their former home in Minehead.

Alongside returning to Butlins, the bookings felt like Bloc had also made a return to their former sonic roots. Where the Pontoon Docks event felt quite diversified with acts like Steve Reich, MF Doom and Snoop Dogg, this year featured a canalised line-up of almost exclusively electronic acts.

Stroboscopic Artefacts signee Donato Dozzy was one of the first to play, opening the weekend with thumping, Chicago-influenced warehouse techno. I had expected the earlier sets to take a more subdued approach - easing the audience into the weekend’s proceedings. Yet the no-nonsense stomp of Dozzy’s assorted dance-floor selections against a backdrop of glaring strobes provided a refreshing but intense opening to the weekend. Livity Sound’s abstract mix of grime techno followed, as Peverelist, Kowton Asusu showed a mastery of live FX processing and stuttered drum programming.

Some stages were subject to sound issues - Hessle Audio’s set, for instance, was plagued by crackles and volume flux. Having been one of the first labels that we truly loved, Hessle’s presence is always welcome at these events. They’ve done their time, and now they facilitate a space for newer acts to fill. ESG also fell victim to technical issues - the cavernous setting didn’t lend itself well to their intricate percussion, and the Soul Jazz Records signees had to battle against crowd chatter. 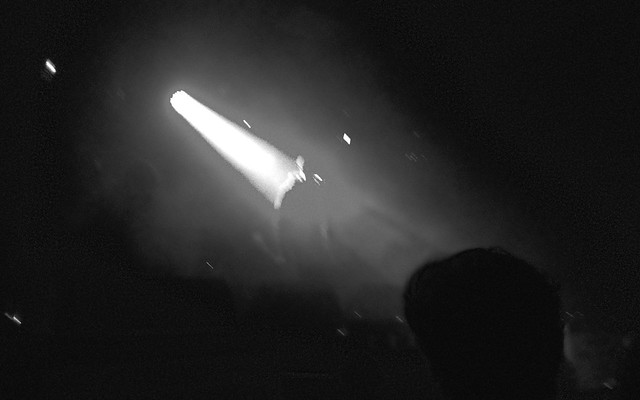 The Carhartt stage had arguably the best sound of all the stages, and perfectly accommodated Akkord’s formidable half-step techno. Synkro’s background in D&B was audible as ever through the set. Warped breakbeats snaked across the stereo field with clinical precision. Afterwards we sit watching the French Sci-Fi ‘La Planet Sauvage’ in the main pavilion, when two notably floaty individuals approach us. “Can you roll us a joint?” they ask, “we’ve taken too much acid”. They follow us to Call Super and the tight, Krautronic bleeps set them off into a swaying trance. The main stage culminated with Karenn’s pulsing warehouse jams. The novelty of seeing an entire table of drum machines and FX will likely never ware off.

The dualism between the brooding music and budget family holiday setting was perhaps most baffling during Positive Centre’s set at Bloc’s rather aptly titled ‘Pub’ stage (it is literally just a pub). Having previously seen Jefford in an abandoned power plant, shoulder to shoulder with legions of black-hoodie clad techno goths, his meditative blend of drone and techno didn’t seem quite right at two in the afternoon in a building styled like a smaller version of my local Wetherspoons. This said, the setting didn’t get in the way of Jefford’s expertly executed set, providing plenty of bass-weight for those who still managed to stumble to and fro after the previous night’s events.

Luckily, Young Echo’s Vessel didn’t suffer the same fate, setting the standard for the rest of the day at a dizzying height. The Bristol based artist shifted daringly between various nightmarish scenarios; from abstract electronica and mangled post-punk breakbeats to squealing noise and spatial krautrock synth jams. The performance felt expertly planned, and yet there was also a natural, improvisational quality to it as well. As Gainsborough cut sharply to silence at the end of the performance, the audience seemed stunned for a few seconds before ubiquitous cheers of appreciation filled the room. 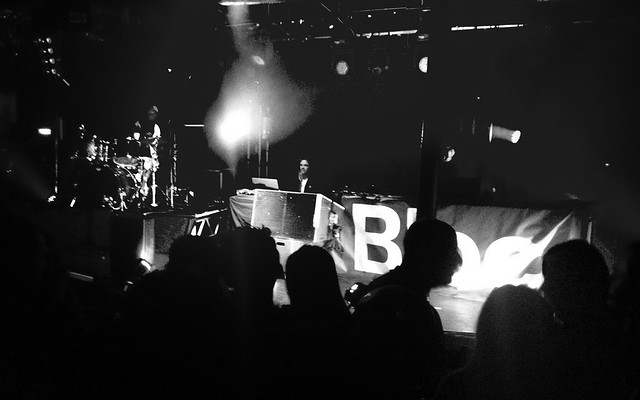 After Vessel’s rushingly intense performance, the mellow dub jams of the Moritz Von Oswald Trio seemed all the appropriate. They acted as a kind of palette cleanser with clean, calm, downtempo grooves colouring the mood of the room. Without Sasu Ripatti at the helm of the percussion, the trio lacked a certain tightness. Yet I felt a certain allegiance to the group; here was a band who had essentially started a whole new genre; taking the dub techno model to a jazz set-up.

We can thank Helena Hauff’s hectic array of drum machine patterns and electro for setting the festival back into full swing. After beginning DJing in Hamburg a few years ago, Hauff has built an international reputation for playing an extensive variety of music that goes beyond the polished sound of most house and techno prevalent throughout the festival. We were treated to entire libraries of dance music, and her masterful control of the decks seemed to awaken many of the festival goers from their lethargic slumbers. One of the most anticipated sets of the weekend came from Dean Blunt, whose intriguing personal and artistic life is enough to bring crowds from all backgrounds. The cap and moustache combo, his personal bouncer on stage and his stark vocal style have all contributed to his ‘outsider’ persona, and for those looking for some weirdness in his set would not be disappointed. For almost ten minutes, the set opened with a repeated loop from an interview from Khalid Abdul Muhammad that read “the white man’s world we feel is coming to a close” over the sound of avalanching rubble. From there we were treated to a series of broken ballads, half tempo and distorted, before an epic 20-minute interlude of harsh strobe lights and white noise. As Blunt left the stage, there was an enormous sense of confusion on the faces of the audience members. “What just happened?” I heard someone say, as we all came to.

Since winning the Mercury prize, Jon Hopkins has enjoyed a level of success that is usually only reserved for acts who have working for decades in the scene. The fact that he occupied a slot directly before Autechre probably says more than anything else. The juxtaposition between the two performances was staggering, almost ludicrous. Where Hopkins’ hyper-polished, dancefloor electronica worked into a comfortable 4/4 rhythm, Autechre’s two hour assault of battering low-end and circuit bent percussion was nauseatingly intense.

Where Hopkins’ accompanying visuals could’ve been pulled straight from an Vans advert - skateboards, sunsets and so on, Autechre switched off all lights for their entire set, plunging the Main Stage into darkness. You could call Autechre’s set breakbeat or glitch, but the tempo modulated to such a degree that catching the rhythm at any point was a near impossible task. Autechre don’t agree to gigs regularly, and the Bloc appearance showed that when they decide to, they do things properly. With no lights, rhythmic repetition or even melody of any kind, there was nothing tangible to cling to in the entire set. A quick survey of the audience saw a sea of people completely spellbound - all with heads down and eyes closed.

Having seen more than enough fists pounding to techno kick drums, Sunday finally opened itself to some variety in its selection of dance music. Seeing as Bloc was already a huge nostalgia trip it seemed only right to dive straight in to a tribute to the old school jungle sound with Doc Scott, Raime and Ben UFO reviving some of the grittier roots of UK underground music. The true hero of the night was definitely MC GQ, animating the crowd to the most beautiful peak at the top of which was Dillinja. Certification, as if any was ever needed, that jungle is massive.

With a day almost entirely dedicated to throwback jungle, one could argue that Bloc have lost some of the forward-thinking ethos that they were once known for. Indeed, Bloc feels like a work in progress in some respects. There have been reports of heavy-handed security and gender disparity in the line-up. These are issues that must be resolved if Bloc wants to stabilise itself for future events. But the passion is there, and the crowd show every level of enthusiasm needed for its rehabilitation.

Prev in articles: That Time When // Altern8