Even from the plane it’s quite an impressive sight. The four monolithic pillars of the Øresund Bridge stand seven hundred feet tall, gradually eclipsing one another as the perspective shifts. In length, the structure runs just shy of twenty-six thousand feet, connecting the Swedish city Malmö with Denmark’s capital, Copenhagen - two locations central to the operations SonuoS Records co-ordinator Finn Albertsson.

“Malmö has a very creative scene when it comes to new and interesting labels and artists” he responds when asked about the music scene of his hometown. “It’s buzzing with talented people making wicked music, and this has been going on for quite a while with artists like Rivet, Minilogue, KAB, Bauri, S.D.L, or Düsseldorf by Night just to name a few. The audience in Malmö however is a tad more afraid of what’s new and experimental compared to the artists and the labels in this town, but then again neither artists nor labels want to make it big in Malmö alone.”

The same observation can be fairly applied to Albertsson himself both as a label owner and DJ, and is perhaps the reason why he makes the regular commute across the Øresund to neighbouring Copenhagen, where he performs as a resident DJ at Culture Box, a position earned deservedly through his unique approach to the art-form.

“I started to DJ with hard techno in the beginning of the 90’s but wasn’t any good at it really” he begins when asked about his his origins as a disc jockey. “Then in 1994 the drugs flooded the scene here in Malmö and the feeling was gone, no more natural joy just chemical. I began to play chill-out & ambient dub as it was called back then in ‘94. I had my own night ‘Almost no tempo at Tempo’ at at a restaurant named Tempo Bar & Kök every second Sunday for four years. Then I took a break from that for a while and then I had a club called ‘Chill out little square’ at the bar Röda Kran every Tuesday for some years.” 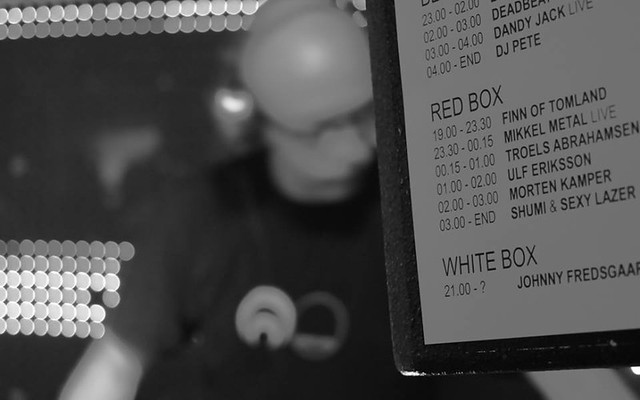 As potentially Copenhagen’s leading venue for electronic music, his residency at Culture Box has propelled Albertsson’s reputation as a DJ, the position handed to him by co-owner of the venue, Kenneth Christiansen. “I first met Kenneth in 2005 when we played at the same party in Malmö, somehow he had heard about me and asked for my email so that he could book me to play at Culture Box” Albertsson divulges when asked about how the residency came about.

“I played my first gig with Pete and René for their one year anniversary party, and to tell you the truth I didn’t connect the dots whatsoever, so I had my first gig at Culture Box with Substance & Vainqueur behind the decks in total oblivion! Had I known I would have been so nervous. Since then Kenneth has spoiled me rotten with great gigs, I wouldn’t be where I am today if it wasn’t for him because after I started to DJ at Culture Box regularly I managed to get some really nice gigs in Malmö too thanks to Ulf at Kontra-Musik. Kenneth is a man with a very big heart, he’s the biggest facilitator in Copenhagen that I know of when it comes to taking new talent under his wings both with Culture Box and his labels to give them an extra push forward.”

Listening to Albertsson mix, the consistency with which he is able to express his diverse, yet selective taste is impressive; a factor also evident in the curation of the label. “SonuoS started late 2012 and got served to me on a silver platter by Jimi Disko from Subwax Bcn, who offered me the opportunity to start the label” he explains of SonuoS’ foundation. “He pays for everything and when the break-even is met from sales me and the artists involved in each EP share the eventual profit. Jimi has a very long history of running both a record store and labels all the way back to the early ’90s. He opened up Subwax Bcn in Barcelona together with Stefan Eriksen two years ago. Subwax has a string of lovely House and Techno labels of their own plus that they take care of a lot of other labels’ distribution.” 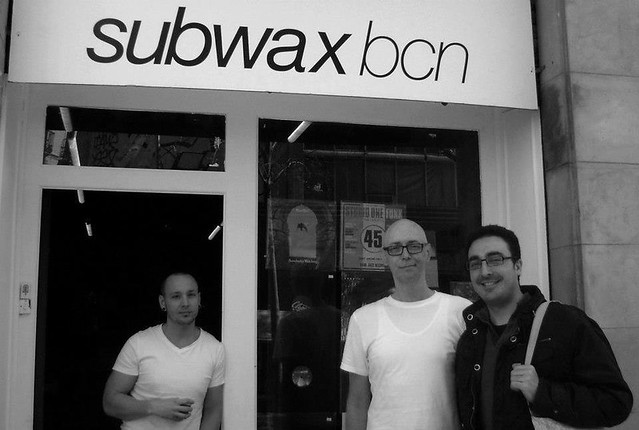 The selection of artists chosen to release on the imprint seems to have proved where its greatest success lies, Albertsson favouring musicians based on the quality of their productions rather than the recognition they have achieved previously. “I have always been curious since I was a little boy, so more or less daily I’m online searching record distributors and music blogs for something that will surprise me sonically” he begins when asked about sourcing artists for the label. “I love finding new, highly creative and interesting artists with their own unique sound and that goes hand in hand with what I like to DJ with too. It’s a bit of a thrill for me finding new artists with a personal take on music that doesn’t care about trends or being commercial. I’ve been listening to electronic music more or less since 1974 when I first heard Kraftwerk’s ‘Autobahn’ - I’m electronically damaged for life to put it mildly and always in search of something new.

The thing all the artists on SonuoS have in common is that they have their own sound and are highly creative in the process of making it - I like to set the standard high when it comes to artists being releases on the label. Sometimes I have to pinch myself because I can’tbelieve my luck being able to release so many fantastic artists.”

Each release comes backed with a remix to add an extra variation, and as Albertsson states, the decisions he takes picking remixers are never taken lightly. “I like to complicate things so for me so it’s not easy to pick a remixer for a SonuoS release. I want the remixer to make a totally different kind of electronic music than the original artist or work in a completely different way and/or have another approach to their music making so that the remix really sounds remixed.

I always listen to the original artists music a lot and then I try my level best to figure out who out there in the world of slow experimental electronic music could take it and give it a good stir and come up with something completely different but at the same time recognizable. I want the remixers to work hard and get a bit of a challenge and so far I’m pleased I must say.” 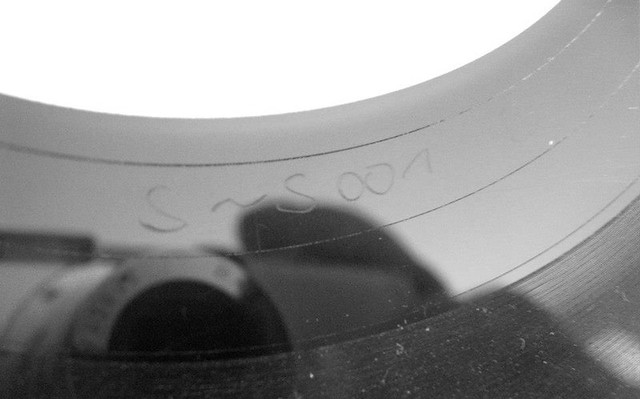 The carefully considered ethos around running the label even extends to the music’s tempo; submissions regulated between 35bpm & 80bpm. “As a DJ I start to beat mix at 35bpm and I never go faster than 80 bpm, and I want my label to reflect that” he reasons about the decision. “Let’s be clear, I’m not talking about a straight 4/4 rhythm - if for example a track is built up with a syncopated rhythm that feels like 120 bpm I calculate it as 60 bpm. SonuoS isn’t a house or techno label and never will be, but if people can dance to the releases I don’t mind. So far it’s only the Yves De Mey remix of Valanx ‘Daughters Of The Everfire’ and Plaster’s track ‘Circular Mechanism’ that feel fast, but in fact they are just very well crafted syncopations with a strong groove.”

With the next seven releases already finalised, it looks like this formula is working well, the fourth in the series written by a personal friend of Albertsson’s. “Fredrik Nilsson aka A.O.T is from Malmö too, living just a block away from me. I have known him for quite a while now; he’s always been making music but it’s only been two or three years now that he has decided to be serious about it. He’s not only very talented but also very productive having just released ‘The Echo’ on Vosnos Records, he’s going to release his Rundgång EP on SonuoS shortly, and he’s also got yet another 12” coming up on the new label ill. Not bad for a totally new artist I must say!”

Prev in articles: The Red Glow // Echocord In Focus