All photos by Izzi Pettis.

This year saw the very last edition of Bloc festival. Having begun in 2006, this was also their 10 year anniversary, and there have been many ups and downs along the way. The festival has slowly been forgiven for 2012’s shutdown at Pontoon Docks after hosting a series of parties at Autumn Street Studios, and with the last few years of Bloc, lineups have been back at full strength. They also returned to their previous home, a Butlins resort in Minehead, which conversely seems ever the same, stuck in a bubble of garishly carpeted ’90s nostalgia.

The lineup included several old favourites such as Jeff Mills, Ben UFO and Omar S, as well as plenty of new faces including Thom Yorke, Nina Kraviz, Powell and err… Snooker champion Steve Davis. Having been criticized for the lack of women on the billing last year, Bloc decided to (partially) address the issue with a (partially) improved gender balance (88% men), as well as a panel discussion on gender on Saturday. Last year we suggested that Bloc remained a work in progress, and in this regard it seems they still have a way to go. Indeed, as far as Bloc goes, the future seems as changeable as ever. There are rumors the owners are pursuing a new venture: taking ownership of a venue deep in East London. So this year is perhaps best seen as a tipping point. The last in a run of what we formerly knew as Bloc, before another re-imagining.

Rrose’s loose-fitting soundscapes made a fitting introduction to the festival. Chugging motorik drums and dubbed-out ambience slowly morphed into billowing, smoky textures that enveloped the crowd like a welcoming hug. The polyrhythmic bleeps of Dasha Rush on the other hand, whipped the crowd into a unanimous motion. Needless to say, it doesn’t take long to get a festival of 6000+ people in an appropriately enthusiastic state. Especially when you have people like DJ Skirt, or Trade (Blawan & Surgeon) showcasing a network of languid handbreak riffs and sub-atomic low-end. Meanwhile, you have Tama Sumo and Lakuti providing some respite from the darker soundscapes with a series of rippling house reductions, drag queens dancing amongst the security on stage. Bloc is first and foremost a festival of fun. 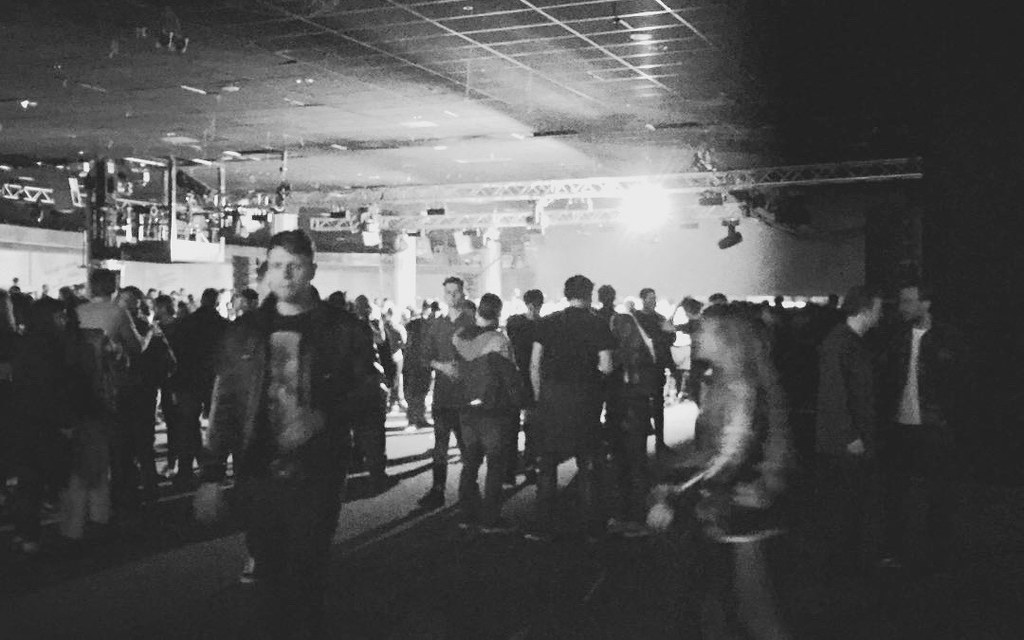 Perhaps one of the most novel and absurd aspects of Bloc has to be their DJ-in-the-pool idea. The water rapids that encircle the Waterworld venue function as a protective ring in which you are invited to regress into a state of youth. For better or worse, few places enable fully grown adults with jobs and families and world-weariness to reclaim their childhood by splashing around with rubber dingys and beach balls on magic mushrooms. But there is something very unreal about soundtracking a flume-ride with a fun-filled disco session from Space Dimension Controller, or a wave-machine with the drop-heavy electro of Egyptian Lover. Things like this shouldn’t really be allowed, but I suppose that’s what festivals are for.

The holiday-home uncaniness of Butlins is probably best exemplified by the Pub stage, which looks like a second-grade road-side Wetherspoons. But some of the most interesting sets of the weekend were found here, like the analogue improvisations of Steevio and Suzybee. There was also a mind-bending performance from Andrea Parker. Shuffling half-step, broken-beat industrial and glitchy bass drops grew progressively wonkier as the set went on, culminating in The Haxan Cloak’s epiphanic remix of Akkord, and a Diesel engine hip-hop excursion from Dead Fader.

Holly Herndon’s sideways take on electronic music is always a welcome breath of fresh air. So it’s a shame that her live shows are as overbaked and tawdry as they are: complete with embarassing interpretive dance and cringy motion graphics of fractal MacBooks flying around in cyberspace. ‘Come say Hi!’ the text read on the screen as Herndon left the stage. But this ought not to be taken too literally, as she later refused pictures with her fans. A robotic voice opened Thom Yorke’s performance: ‘Ladies and Gentlemen’, it began; ‘the economy is stupid’. His ‘Tomorrow’s Modern Boxes’ outfit adopted three Kraftwerk-style podiums, performing an array of electrified classics from his backcatalogue. ‘The Clock’ and ‘Black Swan’ from his 2006 album The Eraser were notable highlights. Watching Yorke shuffle from one side of the stage to the other across his performance, it’s obvious that gigs like this have become second nature to him, enjoying the show just as much as any one of his adoring revellers. 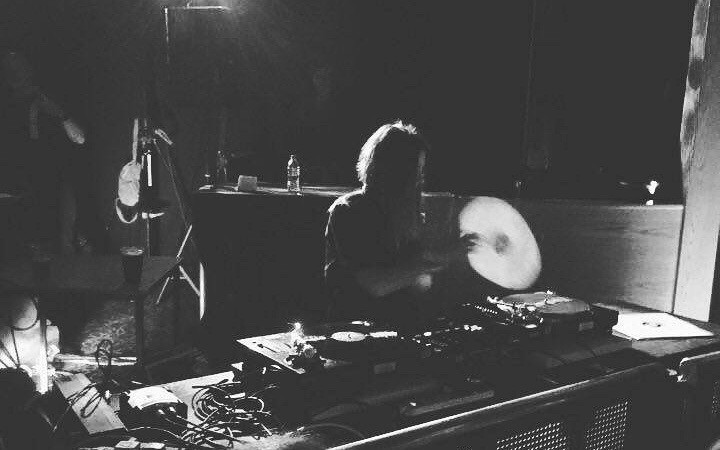 Back at the Fact stage, Evian Christ was delivering a futuristic meta-analysis of dance music: jumping from trance to R&B to footwork as accelerating strobe lights caused permanent eye damage to the audience. The zenith of the show and perhaps the entire festival was a gabba rendition of Beethoven’s ‘Ode to Joy’. Powell also delivered a crazed set of thunderous beat experiments and jack-lead basslines working together in organised chaos. Fans will know the hyperactive level of energy with which the Diagonal boss approaches his performances, and this had a contagious effect at Bloc.

One thing was certainly clear about the opening two nights of Bloc: there was something amiss about the homogeneity of the material. As the festival progressed with every drudgerous kick drum, it began to feel like a big night out sprawling over an entire weekend rather than a celebration of musical diversity. Lucky then, to have the Metalheadz crew treating us to a masterclass in drum & bass on the final night. It was here that the scragglers and wreckheads really came into their element. “You’re the true weekend warriors” the MC spat over a fractured 170 set from Marcus Intalex. Jubei breathed yet more life into the crowd with his class of clinically engineered Techstep. The showcase culminated with Goldie taking to the decks for the festival’s close, muscular jungle laying a full-throttle sonic-assault on the audience. The MC had the final say as he muttered something about the importance of D&B at a festival so overpopulated with techno. But I’m not sure how many people heard him over the sound of their rapturous applause and the ringing in their ears.

Prev in articles: That Time When // James Duncan