West Norwood Cassette Library is a good example of how broad a label can be without losing consistency. From the oddball, rave-era psychedelia of Ekoplekz to the jacking box-drum techno of Bobby Champs or dial-tone rhythmic experiments of Girls of The Internet, the label has kept a common thread, somehow or another. The range of styles covered by the label has differentiated WNCL exceedingly successfully, keeping your sonic palette fresh by bucking the trend with each release.

The imprint was inaugurated in 2010 with founder Bob Bhamra’s ‘What It Is’, in what he described as a ‘now or never’ moment when we spoke with him earlier this month. “The thought of starting a label had been in the back of my mind for what seems like forever, but I never had the tracks or the confidence to get started. By 2010, after starting up a blog, a podcast, a stint back on the decks and an unhealthy amount of time in the studio, I felt that the time was right to stop procrastinating and actually do something.”

West Norwood Cassette Library is also the alias with which Bhamra uses for his own productions - a name arrived at by him and a friend in reference to his archiving habits. As he puts it himself it was “a mildly affectionate ribbing of my obsessive filing tendencies. If I had a pound for every time I had to explain the origins of the name, I reckon I’d have about six or seven quid by now.”

Although having resided in West Norwood for the past 15 years, Bhamra grew up just outside London, migrating to the city at the nearest possible opportunity. “I was born in Slough which was a bit of a dump although I have fond memories of my Dad taking me to Slough Record Centre on the way to Nursery School and the permanent smell of Mars Bars wafting over from the massive industrial estate” he begins when asked of his early years.

“We moved down the road to Maidenhead which, on the whole, was a bit more pleasant although less multi-cultural than Slough and not without a healthy dose of classic, suburban, mid-70’s casual racism. I spent a lot of my school years keeping my head down and trying my best to be ignored… and the rest of the time skiving off Physical Education by hiding in the toilets with Jon Chambers (with whom Bhamra collaborates as Data 70) discussing record sleeve design and mod revival bands. Naturally, when I was old enough, I moved to nearby London and eventually ended up in West Norwood in the year 2000 because it was cheap. It’s all pop up coffee shops now, of course. Whoopee.” 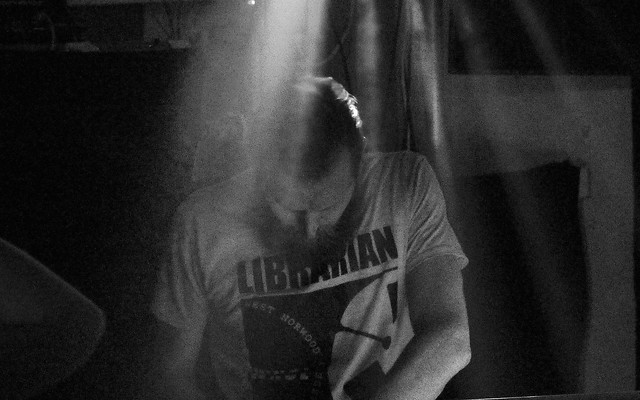 Having entered the world of electronic music pinching a 7” single of Kraftwerk’s ‘The Model’, and later various New Order and Electro 12”s from his sister, Bhamra’s exposure to music in the club setting followed whilst studying. Asked on his first encounter with the dancefloor, he acknowledges the missed opportunities in his local surrounding in a case of right place, wrong age. “Skindles in Maidenhead, The Centre in Slough and various empty warehouses around the M25 became legendary venues in the early House days and later on in the orbital rave scene. All on my doorstep and I didn’t go to any of them. I wasn’t quite old enough for the grown up stuff, hardly ever allowed out and lacked the rebellious streak to sneak out of the house.”

Continuing on the subject, Bhamra’s actual early clubbing experiences were perhaps less notable than these might have been, but that didn’t stop them from making an impression. “I did my A levels in Windsor and the college parties were held at a venue called The Old Trout. They were generally pretty tame, dreadful music, DJ was older than your Dad, that kind of thing. Until the night that some of the older students took it over, filled it with dry ice and strobe lights and just played a bag of Chicago Trax records all night. I remember getting drunk on Southern Comfort and Lemonade (classy), throwing up and crying (ditto) but the music was just mesmerising. A life changer, you could say.”

While many WNCL releases do fall into the realms of the dancefloor it is certainly not a requirement. Bhamra’s own musical endeavours have covered everything from the foley-ridden ambient snapshots of his aforementioned Data 70 collaborations to the drumming he contributes to space-rock trio Sunray. The label’s releases are reflective of that range, and the longer it continues the deeper the story seems to run.

Across the imprint’s five year history, Bhamra has managed a catalogue of 26 releases to date, despite the obvious pressures of running a vinyl imprint in the current climate. “There’s been plenty of highs and lows, naturally – who would have it any other way?” he queries when asked about the most pivotal moments of the last five years. “The highs are nearly always meeting producers, getting to hear amazing tracks, making new friends. The lows are generally the grown up stuff or people not playing ball. Even in this tiny, cottage industry branch of the music industry, you can’t completely escape the sharks and ne’er do wells. In terms of releases, all of them appear to be have been critically well received. Whether they sell anything is a different matter entirely.” 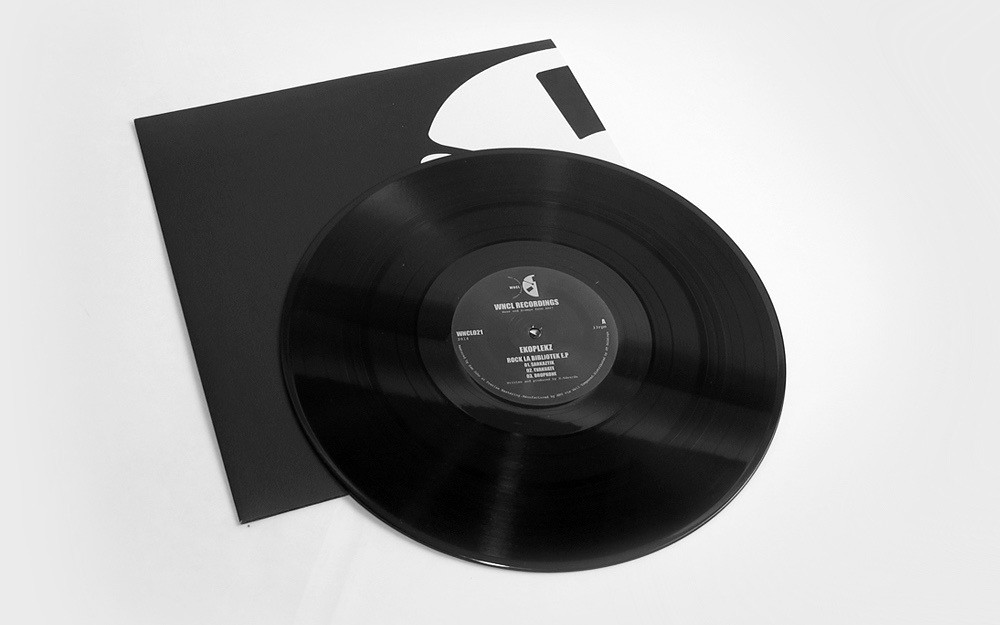 There have been a number of repeat appearances on the label, however it is equally open to newcomers, both in terms of their relationship with Bob, and their prior release history. “More often than not, I’ll approach a producer that I’m completely mad about in the hope that they’re interested in working with the label” Bhamra adds.

“It’s all about the tracks for me though – regardless of whether the artist has a high profile or is a complete unknown. I often get sent demos and do my best to check and feedback on everything and, while the quality of productions is often of a very high standard (much higher than my own) it’s rare that I find releases this way. There’s a lot of decent unsigned tracks out there’s but, again, decent doesn’t really cut it when you’re looking to release something. I’m looking for magic!”

After a series of 10” two trackers between 2010-2012, making up the first ten releases on the label, Bhamra migrated to the 12” format, allowing him to showcase artists in a fuller way, commencing with Kevin McPhee’s wonderfully chaotic ‘In Circles’ EP. Following releases from Spatial and the then newly formed Kamikaze Space Programme project from Chris Jarman also highlighted a penchant for distorted percussive experiments, without stinting on funk and groove.

Asked if he would consider an album length release on WNCL, Bhamra seems content with the current formula for now. “There are notable exceptions but mostly I find dance/electronic-oriented albums quite dull and predictable” he considers.

“I’m not averse to the idea of releasing an album if it totally blew me away but the chances of that happening are slim. Unless someone can lend me the money to put Knowing Looks into Abbey Road Studios with the London Philharmonic Orchestra.” 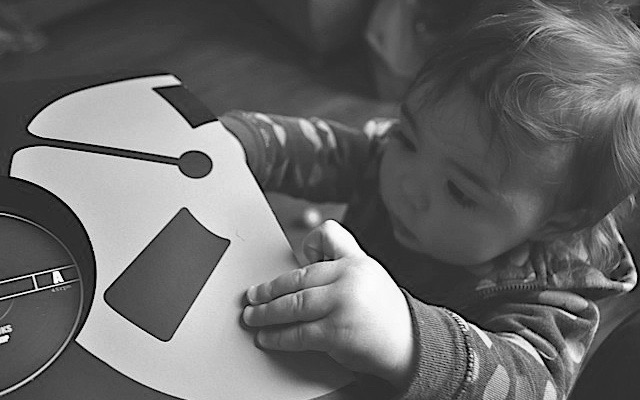 Neatly, the latest release in the series WNCL025, marks the 5th Anniversary of the label, comprised of various tracks Bhamra has been asked for by followers of the Library over the past few years. “There’s not a huge public demand for WNCL stuff but the people that do support the label are generally very committed and sincere so it’s nice to acknowledge that support” he says of the thinking behind the release. ‘Blonde on Blonde (Dunkel VIP)’ was a dubplate-only thing that I cut for a label night that Teal Records (the label that released the original) had put on in Copenhagen. ‘Say What?’ originally came out on Adam Marshall’s New Kanada label. He asked the artists on the label to turn in an ambient/beatless piece of music that conjured up a park or green space in their area for a compilation he was planning called Ambient Parks. I just so happened to be working on a beatless version of ‘Say What?’ but, unsurprisingly, it didn’t really fit the vibe of his release.

“I still maintain that, for better or for worse, it could be the soundtrack for a park in West Norwood. At night. ‘Think (It Ain’t Illegal Yet)’ is another dubplate from the vaults and ‘Up Periscope!’ was originally earmarked to be the B side of WNCL001.”

WNCL025 is available now via the WNCL Recordings Bandcamp page below:

Prev in articles: That Time When // Prequel Tapes