The central part of Krakow is surrounded by a strip of woody park, where orange leaves crunch underneath the feet. The first edition of Unsound took place here in 2003, soon after the city was selected as one of the European Capitals of Culture — an honourable title given by EU that celebrated its contribution to the world’s heritage. The culture of Eastern Europe has become somewhat fashionable over the last couple of years. From Rubchinskiy to Bassiani, the so-called New East has been making waves in Western press, although many still find it’s surprising that Unsound, an event often dubbed as the most important affair in the avant-garde calendar, is located in an inconspicuous city in the south of Poland.

But the choice of such locations requires trust in the audience and is an ode to the festival’s contribution to culture far beyond the boundaries of music. Recognising the influence of Unsound, much of its funding comes from local councils and many of the pundits were from neighbouring areas. The organisers, Mat Schulz and Gosia Płysa, make a conscious effort to include Krakow’s residents, but its youth has already got a lot to offer. In fact, the events with the highest proportion of locals were the liveliest. At the opening party at the old warehouse at Kamienna 12, the crowd danced to the irregular rhythms of experimental musician Lautbild, though blinded by the pulse of white strobes. The venue’s closing event was one of the most atmospheric I’ve ever been to, with dancers staying lit until the very last second of a spectacular set by London-based DEBONAIR.

The biggest highlight of this year’s edition was a performance by Polish composer Resina of Traces, her most recent album, recorded in the Wola district of Warsaw: a site of both the Jewish ghetto and the uprising of Polish underground resistance during World War II. The low tonality of her nervous cello, heavily looped and processed, is harmoniously juxtaposed to angelic singing and light striking of bells. Inspired by sacred objects and memory, her performance with Hubert Zemler was loomed over by a God-like projection of a giant Grecian bust. 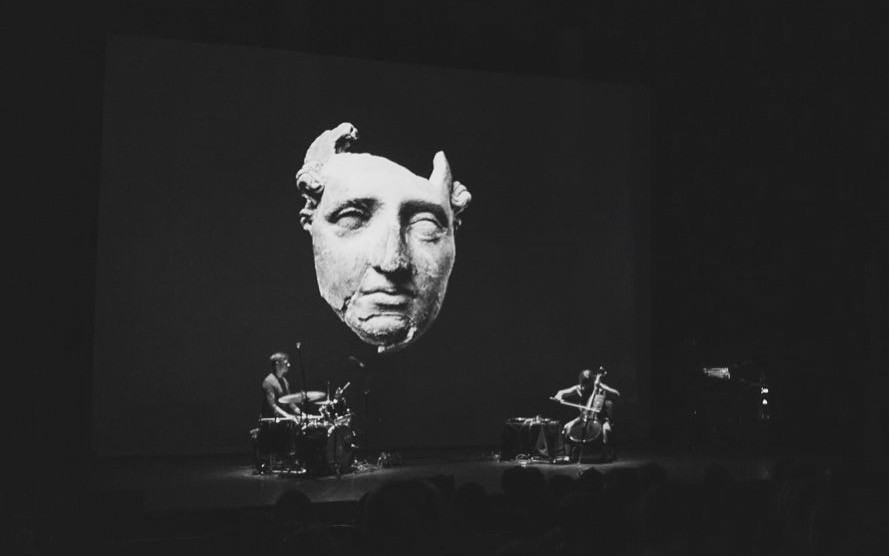 The evening concert at the century-old theatre followed an eponymous talk held earlier that day. The panel discussion, Traces, touched on a period of forced migration of Poles of Jewish origin in 1968 and a complicated history of Poland in relation to anti-Semitism. Incorporated in the fibre of Krakow, Unsound illuminates its local history through site-specific events by responding to the particular acoustics and energy of the venues. Among the festival’s most memorable venues was the Temple Synagogue, an active place of worship in a Jewish quarter Kazimierz. One of the performances hosted was by Todd Barton and the Kesh Ansamble — a magnificent reading of poetry written in a fictional language and supported by the intricate combination of live instruments and a trio of voices.

A number of acts at the festival also nodded towards Eastern European sound culture. We heard HDMIRROR sampling t.A.T.u’s ‘All The Things She Said’ and a set of donk from DJ Bus Replacement Service. Averaging at about 150 BPM, the genre is predominantly associated with Northern England, but also has a Eastern European sub-genre known as ‘hard bass’. The DJ sampled tunes with lyrics about getting smashed on ‘water’ and falling on one’s face, which made me laugh while trying to keep up with the fast beats.

There was also the performance of Wysiadywanie góry by Remek Hanaj. Supported by an ensemble playing a unique range of instruments, including metal forceps and a tambourine-like drum that was also used as a wind instrument, two vocalists drew much of my attention. They were singing in a resonate ‘white voice’, a Slavic tradition sometimes also called ‘open throat’ which allows air to escape lungs freely without vibrating in the face and mouth. The technique can be described as controlled screaming, making the voice sound powerful and grounded like a drone. The penultimate day of the festival also saw Drew McDowall meditations on the psychoacoustics of drone. The soothing vibrations of Time Machines were supported by visually pleasing amorphous lines and pixels of waves by Florence To. The hypnotic journey was revitalising, reminding me of the talk held earlier that week with Eris Drew, who touched on the topic of healing through music.

In fact, that Saturday afternoon ended up being my favourite experience, culminating with anti-opera by Colin Self whose voice saw a few members of the audience shed a tear, while my skin was covered in goosebumps all the way through. The operetta dissolved any boundaries between the artist and audience, with an acoustic and physical ownership of the space, moving through the rows of seats at the end of the performance. 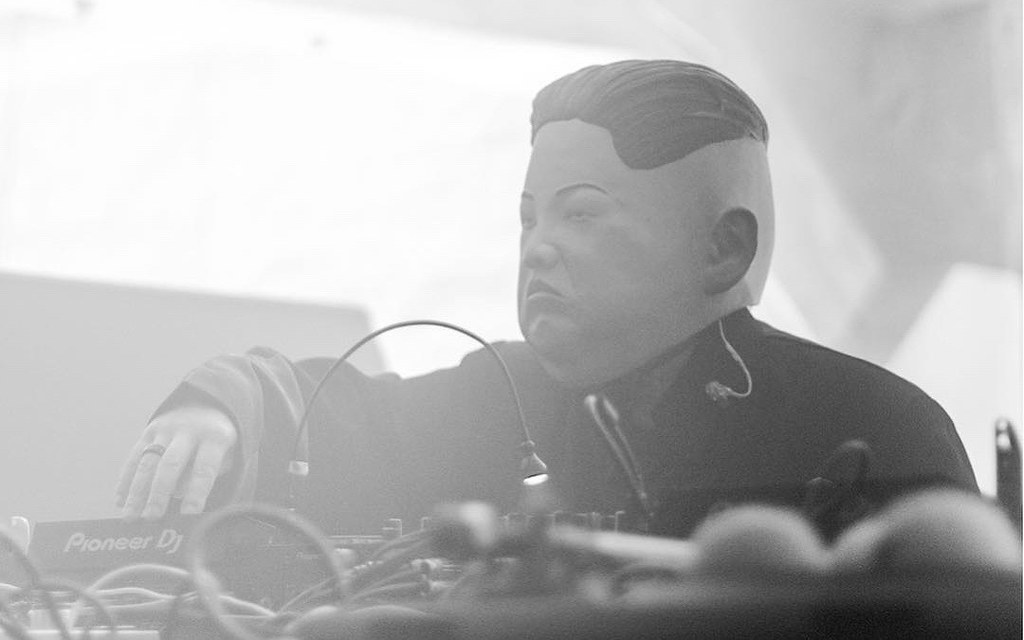 A big draw for the festival is a lack of the traditional hierarchies and subordinations. Freedom, equality and participation are celebrated, most notably in the multimedia work Magna Surgat that premiered at the festival. The cutting-edge visual artist Sam Rolfes presented a semi improvisational 3D piece using body sensors to transform his movements from analogue reality into the game-like world. He was supported by a musician Rabit and multidisciplinary collective House of Kenzo. The performance of the latter began almost amateurly which only made their provocative and outrageous dance moves more impactful as the show went on. At its climax, my jaw literally dropped, and my notes consisted of a lot of exclamation points and swear words. In fact, it was the only performance I felt the need to record: so intense was the experience I had to re-watch it to piece together what had happened.

It seems out of place to consider some performances at Unsound without considering all of the elements of the programme. It’s a festival of contradictions (a drum solo by Adam Gołebiewski was snuck right into the middle of a club night, for instance), but the biggest one is that it’s still being boxed into a primary category of music. The design of this year’s theme posters was an artwork in itself, imagining the possible future of humanity in a symbiosis with technology, dystopian and hopeful. With a flair for noticing the next big thing, Unsound is a measure of tectonic changes in society.

Since its first edition in 2003, the festival has grown a lot: from a small basement with just over 100 people to hosting a couple thousands in multiple locations. Nevertheless, it kept a feel of community. Mat and Gosia were seen at most of the events, even at 2am at Szpitalna 1, ensuring me that it’s still a project that is genuinely cared for. While some artists were clearly invited to lure people in, it was done with an aim of introducing new things to the audiences that may not have been exposed to them otherwise. Unsound is a place to go to be blown away, but it’s best to keep an open mind because you never know where you’ll find your new favourite artist.