I’ve rarely heard a label with a name more fitting than ‘Alien Jams’. Headed by Chloe Frieda, Alien Jams (AJ) showcases sounds that are warped and mangled, as if corrupted in transmission from an extraterrestrial broadcaster. Indeed, the label began as radio, with Frieda’s fortnightly show on NTS. But unlike a lot of the worst excesses of sci-fi electronics, this is music you can actually jam to. Music for the dancefloor, even if that dancefloor is on another planet.

In Bellingham, a city 90 miles north of Seattle, she first began broadcasting with an interest in post-punk. This is somewhat unsurprising to me. After all, post-punk was a genre that thrived primarily through the encoded format of radio. Shows like the legendary John Peel Sessions circulated these sounds via the airwaves, at a time when no record label would touch them. For many, radio was the main organ of cultural circulation. It’s no coincidence that Joy Division’s breakthrough single, ‘Transmission’, took the format as its subject matter. Even if intended ironically, ‘Transmission’ captured something quintessential about radio’s rapturous effects. Beaming through the air, radio waves electrify listeners in a way no other format can: galvanising generations into collective frenzy.

Indeed, there was something appropriate about the dissemination of post-punk via the aerial bombardment of radio broadcast. Many of post-punk’s sonic features included harsh noise, vast reverbs and avant-garde electronics, like an overhead bombing raid, the bleak soundtrack to an alien invasion. Radio remains an entry-point medium for sci-fi sounds, as Frieda’s own career started with a small University station, KUGS FM. “They had such a great music library, I learned a lot whilst I was there. I did a lot of exploring”, Frieda begins. “I think post-punk was the perfect gateway for me.”

There’s also an important sense in which post-punk became a vehicle for genre mutation. Joy Division morphed into New Order with the introduction of drum machines; Talking Heads branched out into synth-pop with the Tom-Tom Club; The Clash drew from dub reggae to experiment with whacked-out studio techniques. In short, the most celebrated music from that time made a conscious effort to be open to new sounds (post-punk was originally termed ‘new musick’), but bands that fell by the wayside remained dogmatically committed to guitars, drums and vocals: the Nuclear Family of rock bands.

Frieda explains the impact of this music on her, “a lot of those artists were experimenting with synths and samplers, and I found that really inspiring, musically. I also loved Simon Reynolds’ Rip It Up and Start Again, that was a really important book for me. What I’ve heard from people who lived through that period, is that there were very strict divisions between people. What you were into musically was a major part of your identity. There were a lot of cliques and segregation by genre. But now there’s a lot more variation and cross-pollination. So it must have been confusing for their fans having to mingle with new groups suddenly.”

Washington state is a curious place to find love for electronic music since the area is still somewhat living in the aftermath of the grunge explosion of the ‘90s. But there has retained an eager openness to new sounds. As Frieda makes clear, “I think because of grunge there was a really interesting scene that emerged afterwards. Music was clearly of great importance and there is a strong appreciation of culture and art in Washington. People on the west coast are generally open and quite supportive so if you wanted to play, most people would be pretty up for it. There was a feeling that anyone could join a band. I guess that generally happens outside capital cities, there’s less pressure to succeed, so there’s more creative freedom.” 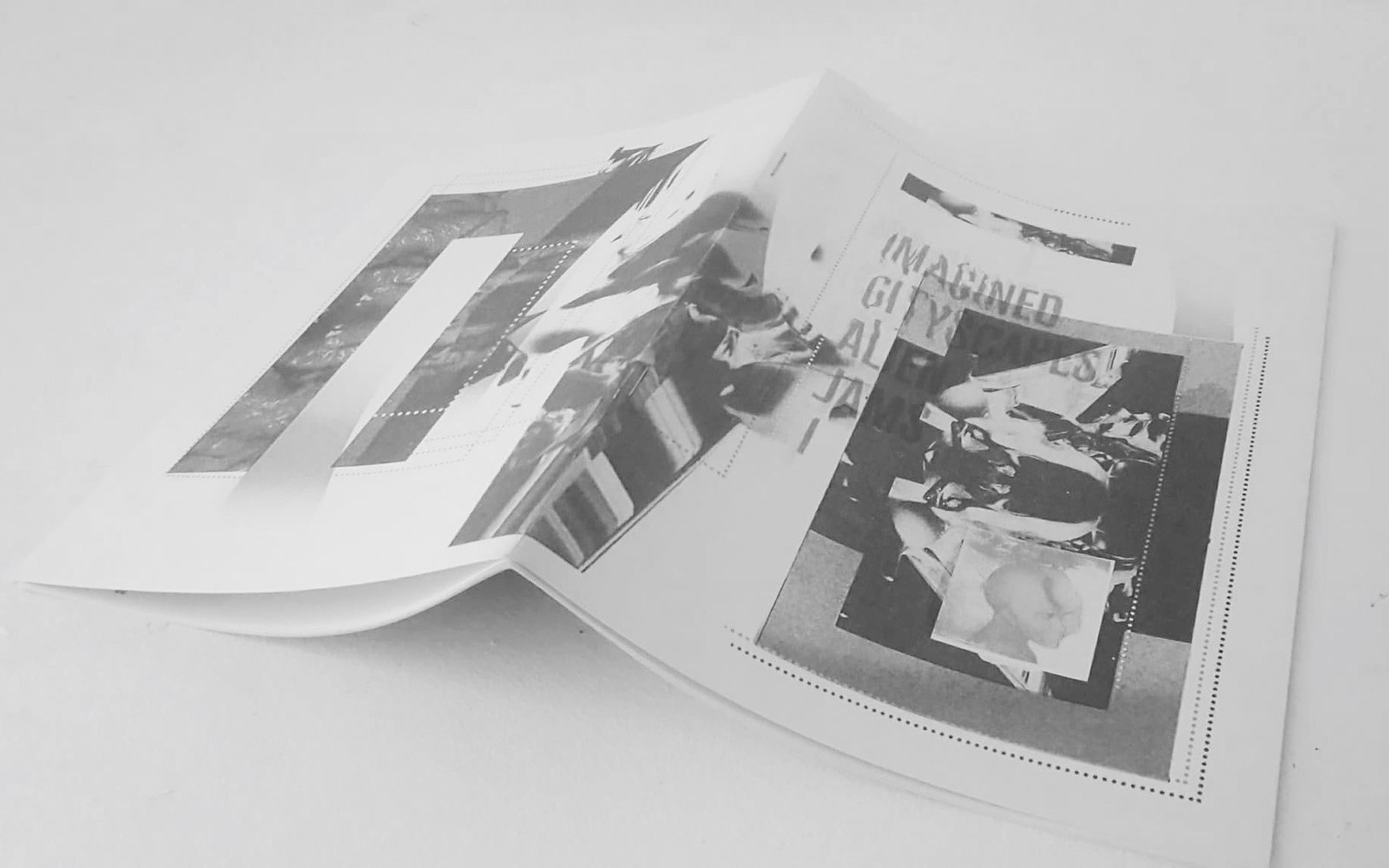 However, despite a burgeoning music scene, electronic music has only recently become more widespread. “It wasn’t a big thing when I was out there”, Frieda continues. “There’s a really good music scene there in general, and when I lived in Bellingham, they had a really good house venue scene. A few friends of mine had a house venue and bands would just come through and play at the house. It was an all-ages venue because they wanted to make music more accessible (clubs are over 21 of course). But that was mostly rock or indie bands. Dance music was definitely nowhere near as popular as it was in the UK. There’s such a strong history here. But it wasn’t appreciated in the states.”

When Frieda moved to London in 2010, she made a conscious decision to turn her focus towards electronic music. “When the radio show started, I wanted to focus on electronic music throughout history and highlight new artists”, she explains. “I liked music that spanned many different genres under the electronic banner at once. I like experimentation, quirkiness, sounds you might not expect to hear on the dance floor. I want to surprise the listener as much as possible.”

Frieda’s decision to turn Alien Jams into a label came as an organic expansion of what she was already doing on NTS. “If you’d asked me at the beginning if I would have started a label I would have definitely said no. It wasn’t on my agenda, I hadn’t really thought about it. But the radio show introduced me to a lot of interesting people and the guests really inspired me and made me want to put out their music. I guess I also met a lot of people also starting their own labels so it didn’t seem to daunting.” The label is therefore somewhat heterodox in that it grew from seeds already planted by the radio. “It was an extension of that. I think every release on AJ is different, and I want to keep that going, not be constricted by any stylistic rules. I’m very passionate about making sure the artists are happy with the process. I want it to be mutually fulfilling. It’s super rewarding if it goes well.”

Their first release, an oddball experiment in four-track cassette warbles and primitive electronics, came from oMMM in 2014. “That got the ball rolling. I got super excited about who I was going to ask next. It was an interesting experience, making it up as I went along. Figuring out how I do this and how to get presses made and so on. It was a really new experience but I managed it with some vital advice from my friends.” Since then, the AJ imprint has brought out some of the eeriest dance music in recent memory, including contributions from Beatrice Dillon, Karen Gwyer, rkss and many more.

Last year, AJ produced the Home Listener EP from Wilted Woman, who describes her own sound as “anxiety rhythm”. This theme continues on the latest AJ ‘family affair’ compilation, Nervous System, but makes a return to AJ’s more academic side. The name ‘Nervous System’ is meant to be understood ambiguously, both as a feature of the physical (the spine, brain and nerves of human anatomy), and as a kind of ‘Paranoid Android’ comment on modern alienation and computers (the kind of system or network that induces nervousness, anxiety, or dread). In a spirit similar to the BBC Radiophonic Workshop, the sounds here are more like science experiments: full of auditory illusions and sonic obscurities, testing the limits of human hearing. Frieda clarifies, “I wanted to go back to the roots of AJ, have something that sat alongside the radio show. Sometimes I worry that the label and the radio show are leading different lives so this compilation was a return to the radio sound.” 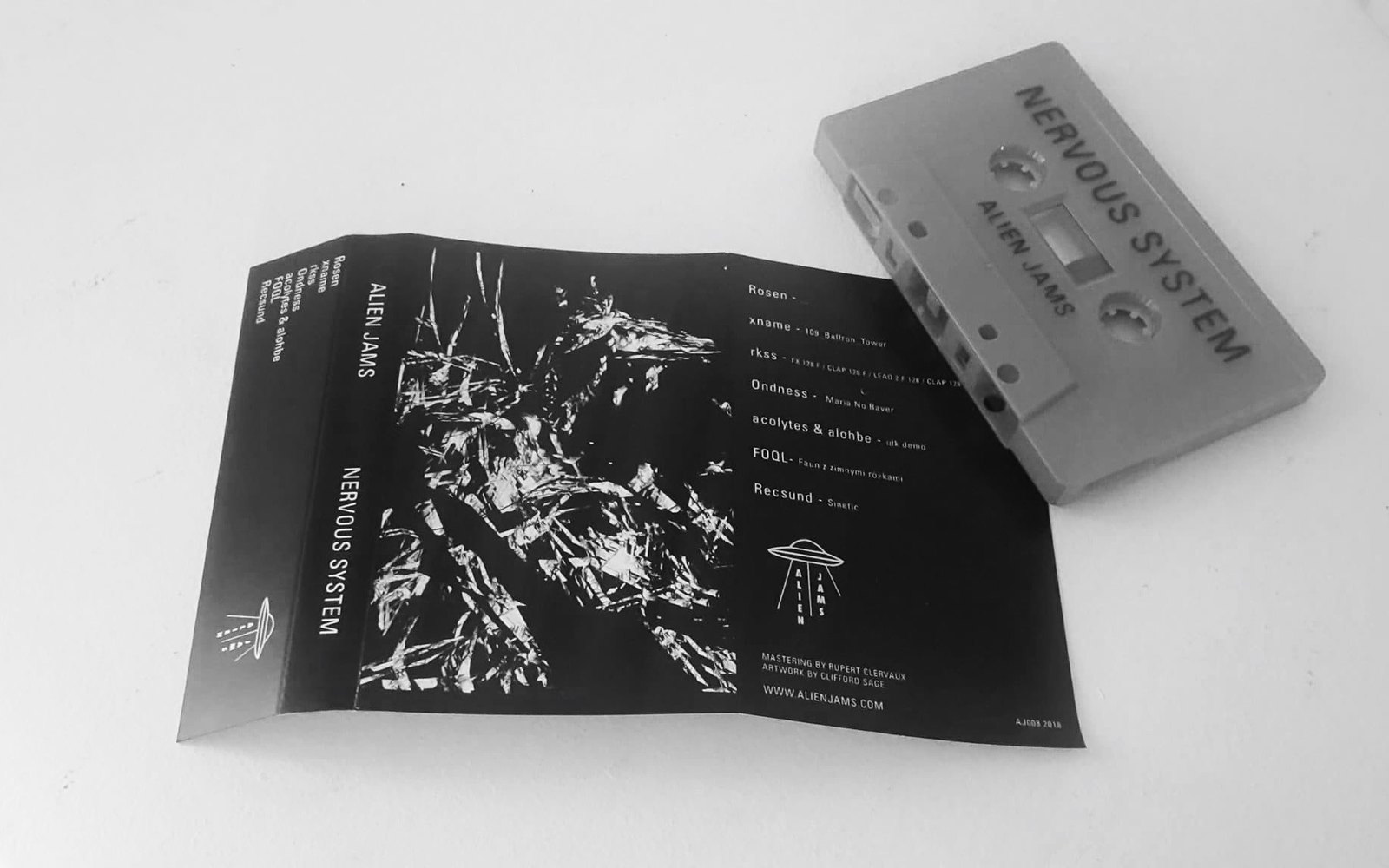 Nervous System also marks the first cassette from the label, a choice Frieda made with some trepidation. “I think format is important. But the new cassette is a bit of an experiment. Vinyl can be quite limiting in some ways because you have to wait for so long. I feel like some music really has to be heard ‘in the moment’, and vinyl is still very expensive of course. When cassettes first started coming back in vogue, I was a little skeptical at first. I didn’t have a cassette player and it just seemed like a bit of a faff! I wasn’t expecting to be into them as much as I am now. But I think cassettes allow smaller labels to get stuff out there, so that’s really important.”

Anyone looking to hear these sounds live will not be disappointed, as AJ have been hosting live events for as long as it has existed. This summer will also see a celebration of AJ’s continuing legacy at the renowned Cafe OTO. “It’s been 7 years since AJ started, and I don’t really do birthdays but thought I’d organise a couple anniversary gigs this summer. We’ve just announced two dates at Cafe OTO: July 20th and August 24th, Including SHAKEY (Wilted Woman & Silvia Kastel), acolytes & alobhe, Rosen, xname and dj tesco. For the second show FOQL & Copy Corpo will play alongside Brood Ma, CHXFX, rkss and Gary the Tall..”

You can now buy tickets for the Alien Jams birthday party here.

Prev in articles: The Great Outdoors // Art & Nature from Cézanne to Psytrance