One of the things that has always appealed to me about Fasma Festival is the emphasis they put on supporting local talent as well as welcoming acts and DJs from abroad. This year, the festival will be showcasing Athenian label Lower Parts, which also takes this approach with the curation of its releases.

Founded by Panajiotis Vaxevanakis in 2011, Lower Parts ostensibly began its life as an outlet for nomadic electronics, constantly exploring new directions. “The label came naturally after years of involvement in Greek electronic music from the late ’90s” Vaxevanakis tells me when we caught up recently to talk about his experiences running Lower Parts. “It was after a period in which I was working with my buddy George as Urbanoise and got involved in the NetAudio Festival in Berlin. It was really inspiring and brought us close with people in the ‘business’. That was the time I thought it would be a good idea to make something like Lower Parts in the future. The truth is I was very optimist and wanted to make something more than a record label; a network of people collaborating. But that was not going to work in the long term, so after a while I just focussed on the music part.”

Debuting with the library electronica of Urbanoise’s Dust On Time on CDr, Lower Parts have consistently worked to defy expectations. This release was followed by their debut vinyl, the moonshine hip-hop of Tendts’ ‘Slow Years’. “When I put out the Tendts­ release, I didn’t have a distributor, so for at least a year I was running this door-to-door, mail-to-mail and inbox-to-inbox.” he comments on the early years of the label. “Each release is plays an important role for the label and helping it to gain a little more space out there.”

Subsequent releases include Anopolis’ sequencer-disco, ‘ΑΚΡΟΠΟΛΕΩΣ’ and Dim DJ’s collection of hypnotic rollers, ‘Endless’. Then there was the acid-mindbender, ‘Universe’, from the late-Andreas Gehm, and the cosmic-electro of Detroit-based DJ Stingray 313’s ‘Cognition’. For the most part however, Vaxevanakis sees pushing Greek talent as the label’s foundation. “Supporting local artists is the basic element of the label” he divulges when asked on the label philosophy. “The catalogue is based on local artists. Of course there are international producers in there too, but the local element is crucial. It gives meaning to this being a Greek record label.” 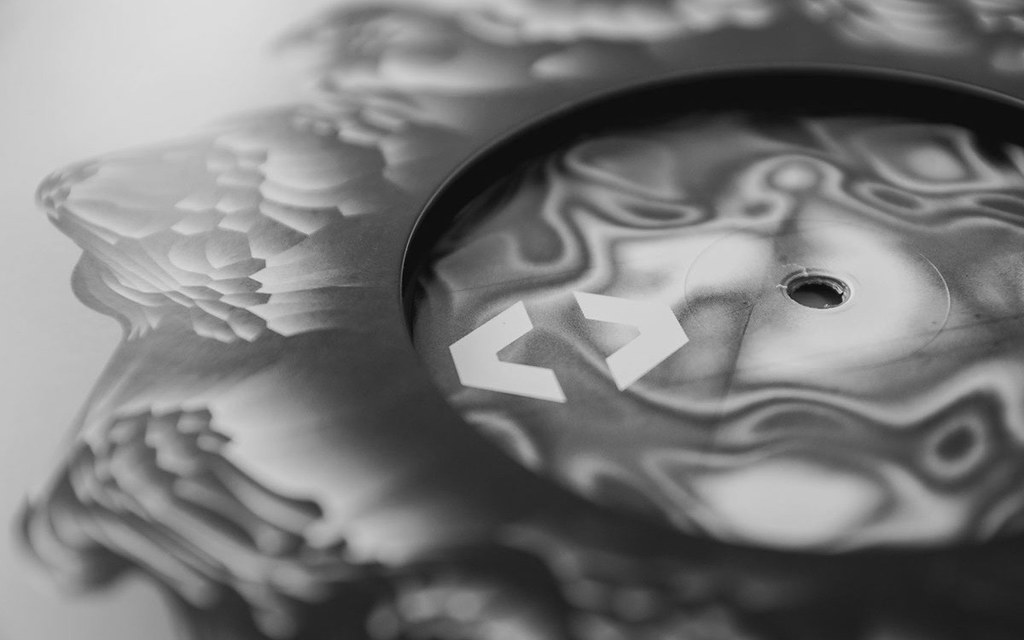 By the sounds of it, maintaining this isn’t too difficult as Vaxevanakis suggests there is plenty of enthusiasm for cross-pollination between different enterprises. “Yes, there is interaction with others” he begins. “I’m always open to making collaborations and parties, or giving any help I can! There is a feeling of community, it’s very important to be part of the electronic scene in Greece so it feels right to be among people doing the same thing and supporting our scene to grow and mature.”

An epicentre of some of this activity is undoubtedly Astron Bar, where Lower Parts have been organising events for years. “Astron is a story of its own, its like the acropolis in Athens for the techno scene” Vaxevanakis says of the venue. “It’s been there for years supporting the scene, the local producers and DJs with great consistency all these years. It’s a small place with huge impact. I remember almost all my parties there, the ones with Hypermedium are always great and I remember a Thursday session I played with Kostas who runs the place. He came over and asked to join me playing back-to-back. He plays hard, banging techno, and I had some electro funk and disco pieces with me. You can imagine how it was mixing SAWF with Patrick Cowley (laughs). It was a joy!” 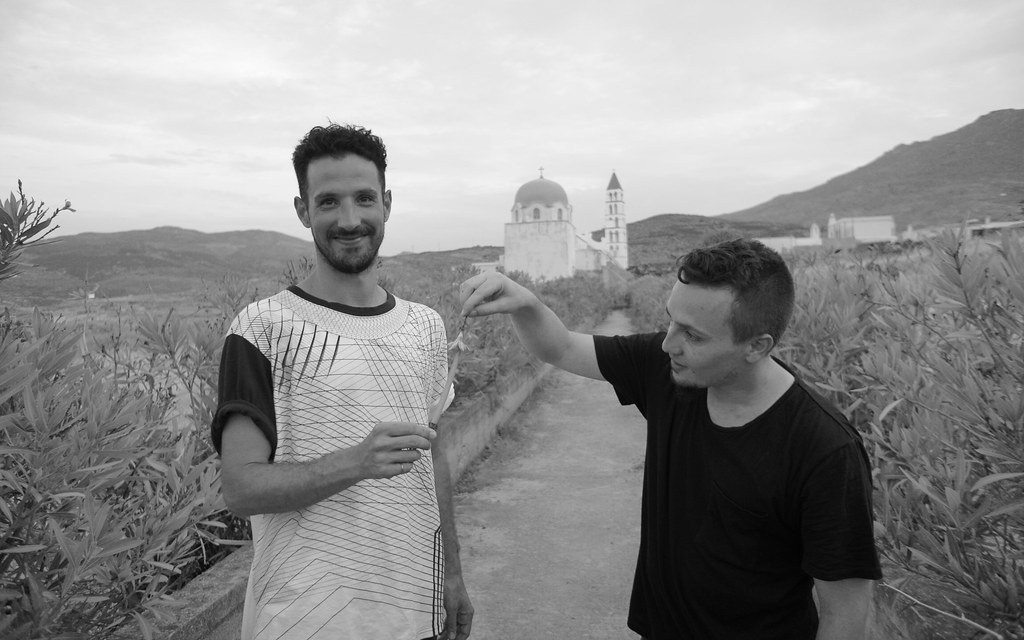 At the moment however, it sounds like Vaxevanakis partying days are winding down. “I’m getting older and I like getting up early, having my coffee & honey and an early walk” he explains. A few years ago, we might not have got the same answer however. “I did a lot of kilometres at the dance stages, festivals, mountains and seas in the older days, back in the late ’90s to mid-2000s” he responds when asked about his early experiences with dance music. “The raves in the mountains and outdoor festivals back then in the psychedelic scene in the early ’00s saw some huge gigs with people from all the world. We are talking about five to ten thousand people at some points!”

“One that was a real disaster was in 2002 at a festival in the woods. There were three stages; one psychedelic, one ambient and one for techno! So you can picture an environment with psychedelic freaks alongside the techno geeks! The line up was insane, from Hawtin to Liebing , Landstrumm and many more along with the psychedelic DJs. It started raining right from the first day, the two stages had to close and put everything in one stage so everybody got together - techno and psy. People were throwing bottles at the psy DJs and others at the techno DJs afterwars. A mess! But they were great, happy times for sure.”

For now though, Lower Parts seem content beginning to explore styles outside of the dancefloor. In December 2016 they released ‘NSA Trusted Networks’ by Ioannis Savvaidis, covering four arpeggiated explorations into computerized-psychedelia. “I’d wanted to put out an ambient release for a long time and that came perfectly with Ioannis” Vaxevanakis says of the release. 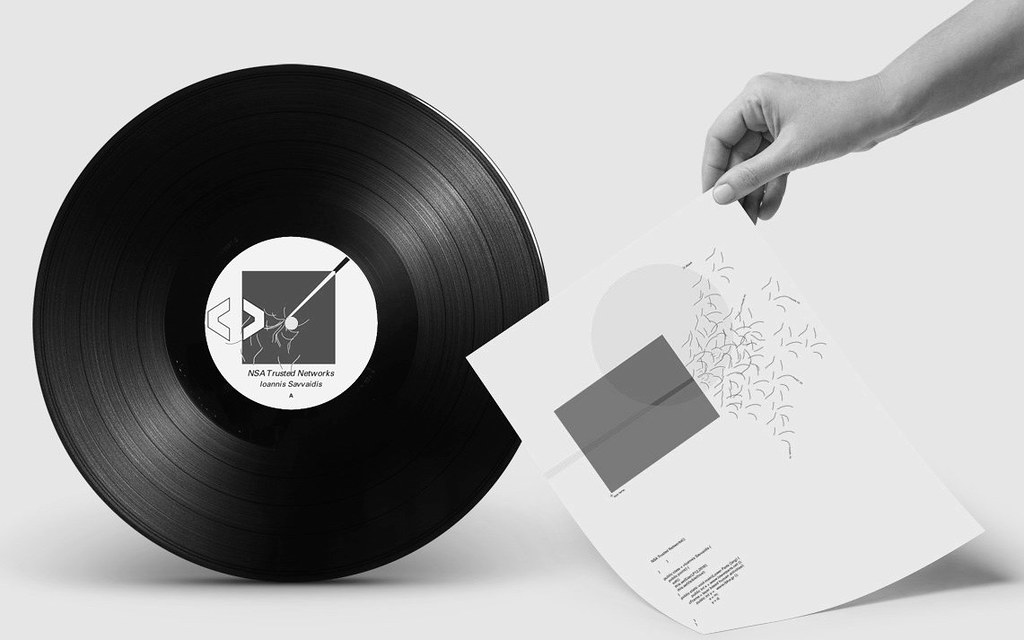 “Dim DJ had told me to keep an eye on this guy! Ioannis started making electronic music three years ago. I had listened to his early work which showed his potential. I was always asking him to make something for Lower Parts and the past summer he was in good shape and did those recordings! There were no discussions about the content, I just pushed him to record something and send it to me without thinking it to much. He works as a computer programmer so it was certain he would make something to do with computers! Now I’m waiting for his full-length release because I just cant get enough of his music. He is a peaceful, humble and discrete guy and his music is full of emotion.”

Around the same time ‘NSA Trusted Networks’ was released, Lower Parts revealed their sub-label Helikon, putting out the paranoid manipulated field recordings of Sone Urbia. George Golfis, who also assists in the running of Lower Parts has taken the helm for the new sub-label, which looks set to become an outlet for the more leftfield, downtempo material the duo are interested in.

Catch the Hypermedium X Lower Parts showcase at Fasma on Friday, May 5.