I must admit that I first became aware of Randomer’s output quite late in the game, when Hessle Audio’s ’116 & Rising’ compilation showcased the now classic ‘Brunk’. Since then, Randomer’s productions have always stood out to me as somehow distinct from most, continually reshifting the parameters of experimentation, always keeping one step ahead of the rest. His tracks are dizzying in their complexity; marrying intricate polyrhythmic webs and percussion that hits harder than nails. The result is an intoxicating one, and it’s this ability to combine textural complexity with dynamic brawn that has allowed Randomer’s productions to steadily permeate UK dance music for the last seven years. Last week we had the opportunity to catch up with the man behind the music ahead of his Bloc performance in March to discuss Plastic People, Jungle and the death of the album.

So how are things with you at the moment? What was 2014 like for you in reflection?

I’m great thanks. Enjoying having a more relaxed January after a hectic few months! 2014 was a mad year. Easily the best I’ve had so far, and I’m just grateful and happy to have got this far.

You’re playing at the exciting revival of Bloc festival this year - were you there at the 2012 event? Who are you looking forward to seeing on the bill this time round?

I was not at the 2012 Bloc, however I was out that night in London and the atmosphere everywhere was crazy with all the people that had been at the festival making their own last minute parties and creating havoc. Turned out to be a great night.

I’m losing my shit about the jungle line up on Sunday this time around. Dillinja is my hero as far as electronic music goes, so to see him along with Source Direct and Randall and Doc Scott playing old school sets… I’m gonna go nuts! 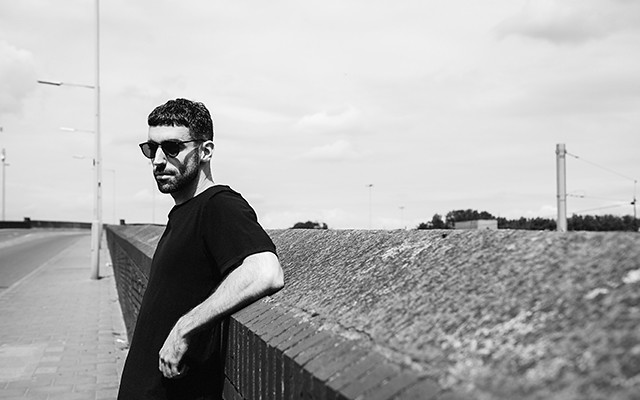 I read that your influences can be traced back to pirate radio and jungle - do you think D’n’B is due for revival? Is there any recent D’n’B that you have been enjoying recently?

Maybe DNB is less ‘trendy’ than it used to be in mainstream electronic music. The scene is still alive and I made some of my best friends in music through drum’n’bass. It informed so much music that came after it in the UK, that even if people stop making music at 170 bpm, it lives on in that. Guys like Alix Perez, Sam Binga and Fracture have been making some really cool stuff that crosses over with what’s happening in hip-hop at the moment. Also I find time to connect with the ridiculous and twisted world of Mefjus, Icicle, etc.

You joined the acclaimed L.I.E.S imprint last year with ‘Residents’ - how did that come about? Are there plans for more involvement with those guys in the future?

Yes working with L.I.E.S has been a pleasure from the beginning. I spent the first part of the year thinking about what I was going to do with a number of tracks that I had made the year before and decided on a whim to send them to Ron Morelli. I had no idea if he was going to like them or not, but he emailed me back and said he wanted to put them all out. We’re looking to work together more in the future for sure!

Up and down the country we have seen the closure of some great clubs recently - most notably perhaps Plastic People. What do you see as the impetus for this? Will it last? What’s your history with Plastic People?

There’s a lot of clubs closing yes. It’s a big shame. A lot of it is officially due to noise restrictions and safety, but I have a feeling that there’s a lot of expensive property in central London that the powers that be would rather see invested in by big property developers. It could force clubs in London to start relocating to the outskirts, and this might be a cool thing. I used to go to a lot of free parties in London, and one of the best things about them was the location in industrial parts of London…

Plastic People was a big shame. It meant a lot to me, I used to go down to FWD all the time from about 2007. Friends put some great parties on there also (shouts to Medium and Neighbourhood). And I played my first ever gig in the venue. It feels like a line has been drawn over those times.

How’s your white label series doing? Are there any plans for more releases on this imprint? What was your initial thinking behind doing this?

The white label I put out as an experiment to see what it was like to put out a record. I wanted to know more about the ins and outs of it, it helps your relationships with other labels to know what they have to deal with. I had the tracks lying about and didn’t want them to get lost in time so I chucked them on.

Perhaps I’ll do another some time, but there are no concrete plans.

You once stated that “the album format is dead”. Could you tell us a little more about why you think that is?

That was quite an outlandish statement looking back on it. I think I was talking about how hard it is to make an album of songs in electronic music. I do really enjoy the immersive experience that a purely listening electronic album like Untold’s last year can provide.

Finally, what can we expect to hear from you this year? Are there any exciting projects you can tell us about?

I’m going to be working hard on my craft. I’m always up for taking chances with my ideas and they don’t stop coming. And the best place to hear my new music is when I’m performing. So I hope I get a chance to come everywhere that people want to hear me this year!