This year saw the release of AFTRYK, the debut 12” from SØS Gunver Ryberg. AFTRYK brought together elements of sound art and techno, creating a record that was too weird for dance-floors, yet too lively for an art exhibition. Given her musical genealogy, this ought not to come as a surprise. Indeed, this 12” was but an anomaly amongst a litany of other projects that she describes as the “ephemeral expression of music”. Her past projects include concerts, computer game soundtracks, and sound installations. A background in arts such as these has been consequently crucial in the formation of her sound. ‘1170 Siva (Bare Bones)’ in particular stands out as a landmark piece. Having existed in various forms for at least two years, this oddball sound experiment was meticulously designed to induce panic attacks and nightmares.

Her live shows are also renowned. In 2014, she gained a considerable audience following her appearance on Objekt’s Boiler Room showcase. Since then, she has become a favourite on Europe’s summer festival circuit. This is perhaps to be expected given the undeniable ‘live quality’ that infuses her music. One cannot decouple the sounds she creates with the space that they were intended for. They are, in her words, ‘site specific’, from the microscopic to the titanic. Like her recorded music, her shows are typically terrifying: frenetic drum machines and murky drones bleed through a wall of chaotic overdrive. But given the aggressive power in her productions, she is far from the the anti-social character one might assume. To the contrary, earlier this month we had the immense pleasure of chatting to her about coal mines, algorithms and George Bataille.

This year so far has been a blast for me. I released my first record on Contort in January have been busy with two theatre productions, another video game called ‘THOTH’ coming out later 2016 as well as developing my live sets.

Can you tell us a little bit about how you got involved with Contort in the first place? Did you know Hayley & Samuel Kerridge from before?

We love the artwork for that release. Where is it from? Did you have input on it?

It’s created by the artist Anthony Gerace. Contort are working with him on the different releases. The tactile 3D feel he created on the cover is really cool. My input for the artwork is the postcard inside. It’s a picture I took in 2009 from the inside of a coal mine in an arctic mountain. It shows the footprints of a Pantodont (a 60 million year old mammal)… 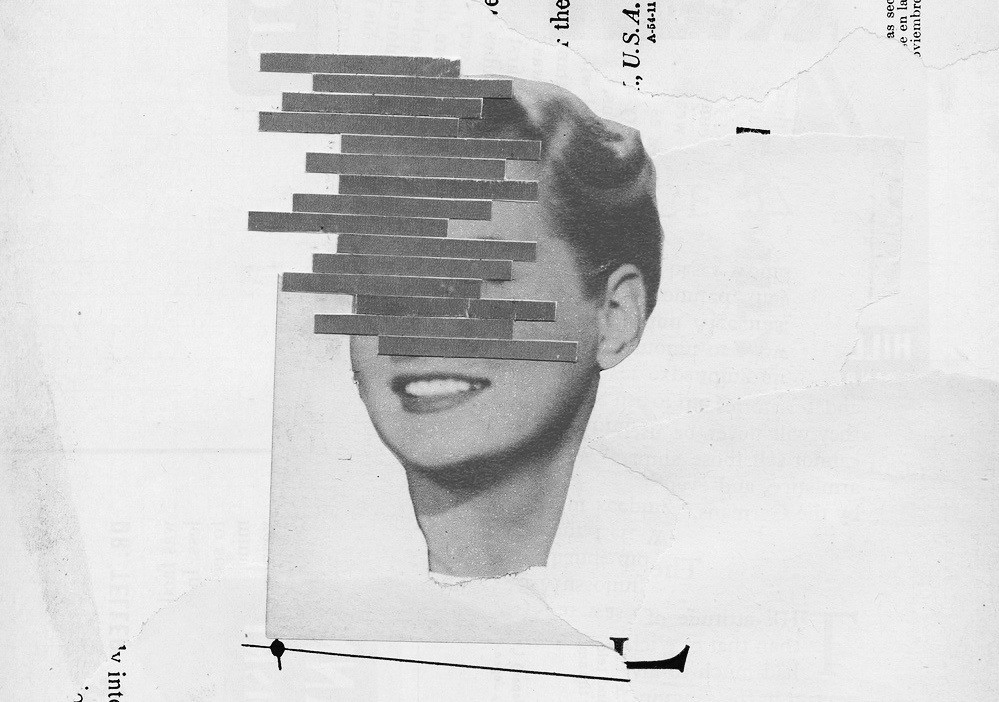 Can you give us a quick description of your typical working process? To me it sounds as if a lot of what you write comes out of organic and spontaneous improvisations.

My process is evolving. It has to be very dynamic. Most of the elements that are on AFTRYK I created for my live sets. Only ‘Pantodont’ was created as a track for the EP. I’m setting up different ways to be live in my recordings and I’m also working with algorithms to create subtle variation. I don’t want to get lost in the editing maze.

So does this infiltrate how you play live?

I try to produce as much new material as possible for each of my performances. In the performance I work with these new elements. From my experience, performing with all theses various elements, I get a feel for the flow and new ideas of how to create various material into a track.

You also played Intonal festival this year right? How was that?

Intonal was a great experience. I really appreciated the varied program of the festival, the ambiance and the team behind it all were super professional.

I understand that you’re also playing at Denmark’s STRØM festival in August too.

Yes - the organization behind STRØM are doing hell of a lot work and new initiatives for the electronic scene right now. It’s very exciting what this will bring.

You’ve had an interesting history of live performances. It seems like you have been making and disseminating music for a long time, but you have only just released your debut record. If you’ll excuse my impatience, what took you so long?

I have been focused on the ephemeral expression of music; through installations, concerts, site specific multi-channel pieces and so on. So in this way, how I have ‘released’ my music is very hard to document. I reached a point where I felt a physical media release was important as a next step. I feel like it’s important to express my music in these various ways.

I heard that Trade (the Surgeon & Blawan project) have decided to exist only as a live performance. I like that idea, that you can only experience their music in a live setting. Is releasing music something that you’re looking to pursue more of in the future, or do you prefer working solely as a live musician?

I will for sure release more. I’m really looking forward to have more time to concentrate on this again. I also consider other productions such as video games as a sort of release. It’s just another format and a cooperation with other artists and media.

How did you get involved in making music for computer games in the first place?

The video game ‘INSIDE’ from Playdead is the first time I tried creating for the video game format. You work in a team, it’s a non-linear composition, with many technical limitations. I worked together with composer and sound designer Martin Stig Andersen who created audio for their previous game ‘LIMBO’. He knows my work and I got more and more involved with ‘INSIDE’. He functioned as the audio director and throughout the three years I was working on the project, I had freedom to experiment and create. The expression of the game is very minimalistic and detailed as you can hear from the trailer.

Do you therefore consider yourself more of a sound artist, or a musician? Is there a difference?

Sound design is part of being an electronic musician, whether that’s as a sound artist, composer or producer. We are always designing sounds. My music are sounds and my sounds are music.

I really liked those mini loop pieces you gave out for free on Resident Advisor. I imagine you have hundreds of those loops that have never been used. Do you have a back-catalogue of music that is yet to be released? Will it ever see the light?

For RA I made something different than I’m use to, as I don’t normally work with loops but long takes. I have a seriously crazy amount of recordings on so many hard drives. I always wish that I had time to finish some of those recordings. I rarely open old projects, but when I discover sounds I recorded years ago which surprises me, I love that.

We’re all very eager to here what you have coming up next. Any hints you can give away?

I have some concerts around Europe this summer. Hopefully I will also be able to work on the next release. Right now I have a theater performance in Denmark. I’m on stage as a normal performer and also creating and performing the music. We are staging “Story of the Eye” by Georges Bataille which explores eroticism, mysticism, surrealism, and transgression. Then I’m looking forward to the release of two video games: ‘INSIDE’ by Playdead and ‘THOTH’ by Carlsen Games. The ‘THOTH’ sound design and music are created by SGR^CAV, the collaboration I have with Cristian Vogel. Both games are worth checking out even if you are not a gamer…