The DJ career of Bethany DeMoss seems to have approached somewhat unexpectedly. Brought up in Willis Texas before relocating after joining the US Navy, DeMoss was taken by surprise after dropping a friend from the naval base off at an outdoor rave. By the sounds of it, she hasn’t looked back since.

After moving to the UK, and with a little help from a chance meeting with Tony Childs aka Surgeon, DeMoss released a slew of brooding techno reductions on esteemed labels such as Horizontal Ground, Perc Trax and Semantica under the name DJ Skirt. She has also graced some of techno’s best loved dancefloors around the world with her thundering no-holds-barred sets.

With an upcoming performance at this years Bloc, we decided to catch up with DeMoss to discuss the festival, working with Semantica and free raves in Sierra Nevada.

Hi Beth, how are things? You’re playing at Bloc in a couple of months - will this be your first time there?

Hi Stray Landings! Things are great, thanks. Yes, I am really looking forward to Bloc! I have been once before in 2009 and it was an absolutely fantastic weekend. Never dreamed then I would be on the other side of the decks at Bloc myself someday, so I feel quite honoured to have been asked really.

I wanted to ask about your early musical experiences growing up in Texas. I read you went to quite a few parties out in the woods when you were living and in Sierra Nevada (I guess what we would call ‘free raves’ in the UK). Can you tell us a bit more about what those were like?

There wasn’t a whole lot to do on the weekends for young people in my small town, Willis Texas, so in the high school years we would just find a spot out in the woods and park our cars up there. Willis was fortunately within Houston’s broadcasting distance and there were broadcasts from Numbers & Decadance night clubs in Houston late at night. A few guys were into having massive sound systems in their cars and trucks, so maybe that is where I first got a taste for actually feeling the bass. They would open up their doors and there’d be instant outdoor party in the woods with a soundsystem! Some personal favourite tunes I remember from these days were Poesie Noire’s ‘Pity for the Self’ and Vicious Pink’s ‘C-C-Cant You See’. There was lots of New Order, Depeche Mode, Front 242, Nitzer Ebb, Consolidated… definitely inspirations for my yet unknown future.

Those Texas parties were a good few years before the Sierra Nevada party. The party out in the Sierra Nevada mountains I attended quite unintentionally, yet it transformed my views on the “rave” scene and changed my life in the end. I was in the Navy then, and liked going to this goth/industrial club called The Trocadero in San Francisco. To my mind, “raves” were a completely separate world and I had very much decided that was not the scene for me.

One day, there was this guy on the Navy base who didn’t have a car who said he would pay me to give him a lift to one of these ‘rave parties’ out in the mountains called The Light. I was only doing it for the petrol money and was planning to turn around and come right home after dropping him off. But when we got there, I immediately liked the music so much, I got out and walked around and it looked like no party I’d ever experienced at that point in my life. I have no idea who the DJs were or what music they were playing, but I was genuinely shocked, as this was nothing like I had expected. The music was so good, the people were so friendly. It was awesome. Soon I was dancing in front of a speaker and danced there all night. It had been dark when we arrived but a few hours later the sun was coming up over the mountains and I could fully take in my surroundings. It was very powerful! I realised I was way up high on the side of a beautiful mountain, surrounded by strangers, having one of the most magical experiences of my entire life. I knew something was happening that was going to change my life. I felt I had discovered a new world, and I had! 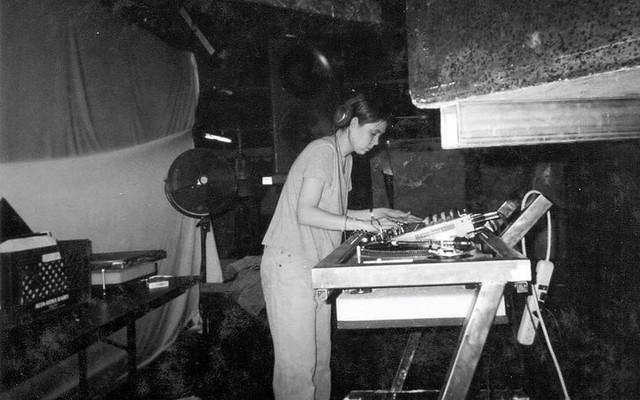 Would the police ever come and try to shut them down? Do you think putting on parties in those kinds of ‘illegal’ spaces helps fuel the scene?

I suppose it’s a law of human nature that when people are told they can’t do something for no good reason, they will usually persevere if the will/desire is strong enough! There was just so much red tape involved in putting together a good party back then because obviously the police/government wanted to make it virtually impossible, but that didn’t stop people wanting to go out and dance to good music together. I think the use of illegal spaces was more of a last resort when all options to do things properly had been exhausted which was almost always (*or, of course, if it was felt that you could simply get away with it). It was frustrating for everyone when a party would get broken up; frustrating for the organisers, the DJs (who often would have their record bag confiscated), and frustrating for the party people. I guess it did ignite a rebellious ‘you won’t stop us’ mentality, but I think people overall would have preferred to have been allowed to party on undisturbed if there had been some ‘legal’ way to do it! I think use of illegal spaces was more of a consequential aspect of the scene rather than a pillar of it.

Out in Texas, the Police would always bust our parties. It was like clockwork. Willis was tiny and we were loud, so… they always found us! We had to be creative in coming up with new locations… (*I hope my Mom doesn’t read this!)

What was the record shopping scene like around then too? It seems like you had a strong interest in UK/European techno even back then - was it difficult to source those records?

I didn’t really start heavily buying dance records until I got my turntables in 1998. By the time I got my mixing decks, I was living in California and so had plenty of record shops to choose from. In my younger years in Texas, I bought many a record from Encore Records, a shop my friend George owned. He would order in just about anything I wanted from this huge book of music, so I was very lucky for someone living out in the middle of nowhere to be able to do have access to global releases. Thanks George!

Most recently you released the ‘Mirage’ EP on Trolldans which features a remix from Lakker, who you have also remixed in the past. What was your initial reaction when you first heard their interpretation? Was it fun to reimagine their material as well?

My first thought was something along the lines of ‘phwoar!’ because there is such a powerful sound to the remix, which I really love. I really do enjoy the whole remix process, the fact that different artists can take the same parts and make a completely unique interpretation from the same. It is always intriguing to hear what someone will make out of my sounds. It is fun also to make remixes, but a little more pressure as I am always concerned as to whether the people I am remixing will be happy with what I have done.

I’m a big fan of ‘Tumulto’ the ambient(ish) piece you released with Semantica. Can you tell us a bit about some of the beatless music which you take inspiration from?

Thanks very much, glad you like it! I do really prefer to work away from the limits of the dancefloor in my production. The inspiration for all of my music is my environment and things that are happening in the world around me. Making music is one way I can express my feelings about these things that I cannot often easily express in words. Each of my songs is inspired by something specific, maybe not from the start, but as they grow they find their meaning and they are always about something, a thought or reaction to something, a feeling about something, I try to recreate my thoughts or emotions in the music so that anyone who listens could step into that same feeling, even if they do not necessarily know what inspired that feeling in me. 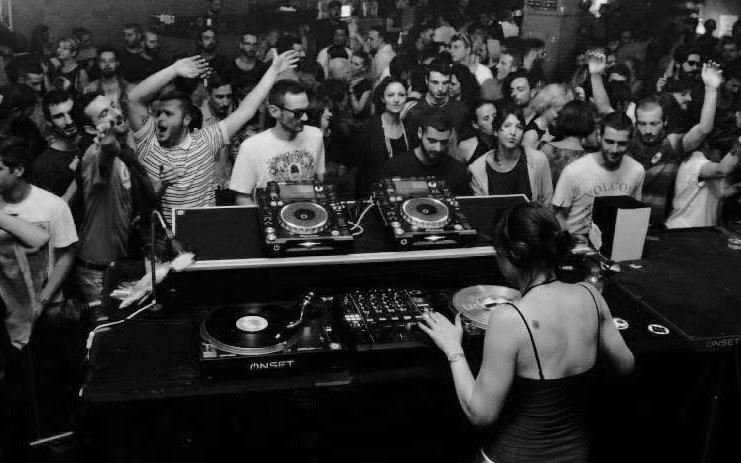 What is it like working with Semantica? You and Svreca also did a track together which is your only collaboration on record right? How did that come about?

It is a real privilege to work with Semantica, as it is a label I respect and trust, without reservation. There I feel a complete freedom to express myself in my music in the truest form. It is true that Svreca is the only artist with whom I have directly collaborated and I really believe this is down to how much I trust him. The funny thing is that I have not ever (yet!) managed to meet Svreca in person, some circumstance or another always seems to prevent this, but I am sure we will some day. We did not really discuss some big plan to work together on a track, but maybe we both recognised that our production style complimented the other, so it felt like a natural thing that our sounds worked together and the track was born.

What’s next for yourself release wise? Any upcoming projects you are able to tell us about?

Release wise, there is a new original track coming out soon on Semantica as part of a celebratory compilation. The label is celebrating its ten year anniversary this year! So keep your eyes peeled for news on that… As for projects, I am in the process of writing an album. I am aiming to get that out sometime in the next 10-15 years…