The talent pool for sonically challenging electronic music seems to be remarkably strong in Sweden at the moment. As well as imprints like Kontra Musik, Stockholm_LTD and Skudge Records who have been waving the avante-techno flag for years, recently Peder Mannerfelt has also been pushing the envelope with his own, eponymously titled label. Following on the heels of Machine Woman’s stunning ‘For Sweden’ EP, Mannerfelt looked to fellow Swede Sissel Wincent for the latest offering on the label.

Although the ‘Illusion of Randomness’ 12” makes up her debut release, Wincent has actually been exploring the leftfield sonic spectrum for some time now. She is a member of the Drömfakulteten for example, a Swedish collective aimed at promoting female and transgender artists. She also performed at Norberg Festival last year, a volunteer led event held in a historic Iron ore mining town. Last year Wincent DJed across their morning ambient sessions, and will be rejoining the festival this year with a specially prepared live set.

With the performance less than a month away and ‘Illusion of Randomness’ released recently, we decided to catch up with Wincent to discuss sampling her own voice in her productions, playing at Norberg and taking over the world with Drömfakulteten.

Hi Sissel, first off how are things? The ‘Illusion of Randomness’ EP came out recently – what was your first contact with Peder and how long was the release in the works for?

It’s great, its kind of summer and I bike back and forth to the studio from different places. I’m currently listening to HAJ300 while she prepares a new live set.

I discovered Peder’s music a couple of years ago through a video where ‘Psalms and Songs and Voices’ was playing. It’s still a favourite. Sometime last year I got in contact with Machine Woman, and then she played here at Swedish Radio’s ‘Arts Birthday Party’ where my crew was playing too. She introduced me to Peder, who had found my music through her. That was in late January and I think I worked on the tracks until March or April.

Is it your own vocals which feature through the EP? How did you go about sourcing sounds for the release?

It’s my own voice, I was really sceptical about using it until I got asked if I used my voice in my productions. Then I thought, why not? I went straight into the studio and recorded ‘As If’ as well as a messy gabber-ish track. Now it seems stupid not to use my voice, since it’s a decent instrument.

For the other sounds, it’s a mash up of hardware and different recordings I’ve made. Everything from streaming water to mechanics and objects thrown into a concrete silo. Both processed and unprocessed. 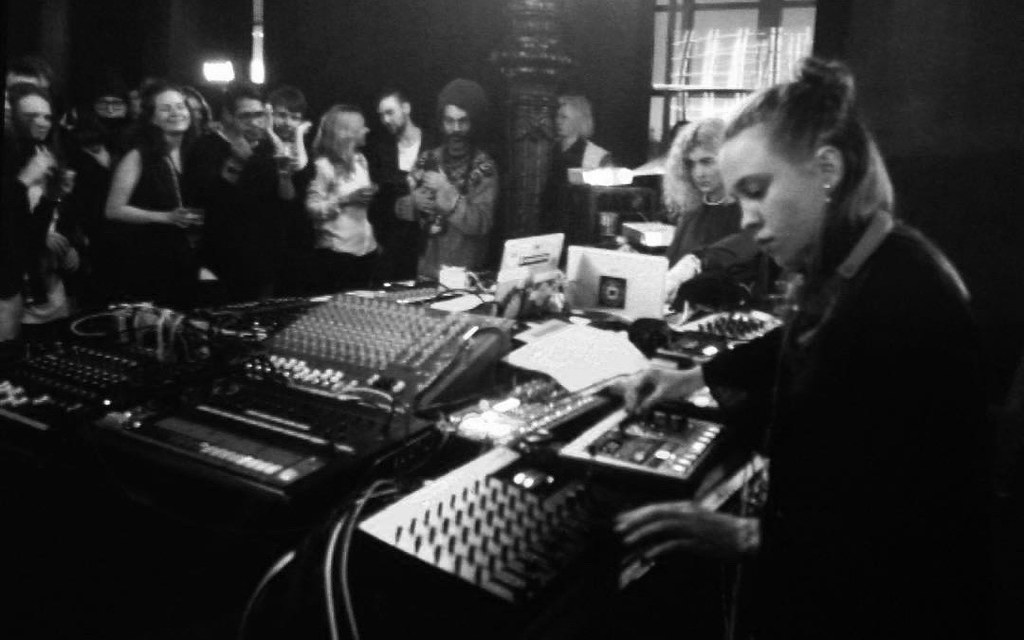 Although it’s your debut release as far as I can tell, your Soundcloud account suggests you’ve been producing for a while. How did you first get interested in producing electronic music?

I’ve been listening to electronic music for about ten years now, and what I obviously needed to start producing was a dedicated space and supportive friends who let me do what I wanted to do in my own pace and way.

Did you have other musical projects previously (playing in bands etc)? What kind of sounds were you interested in growing up?

I was assigned to play flute in a school orchestra when I was nine, and then I did it for an additional year until I dropped out. So yeah, this is my first project.

I don’t think I was interested by special sounds, more the vibe, energy and a sense of something vital. My father would go into record stores and buy CDs on a recommendation, so there was a variety of different things at home. I remember a collection of dub, which stood out from the rest. I probably listened to that more than he did.

The first CD I got was AQUA ‘Aquarium’. After the pop years I was into punk and rock for a while in my early teens, but got tired of it. There was like two years where I wasn’t listening to any particular music at all, until someone played ‘Slagsmålsklubben’ and I was like ‘what’s this!’ It was a completely new sound for me. I also listened to a lot of The Knife after that. Later on I went to clubs as Kruthuset and The Office which led me into techno and house.

You are part of the ‘Drömfakulteten’ collective – aimed at promoting female and transgender artists. Can you tell us a bit more about the project? How have they supported your own work for example?

We are about ten people sharing a studio. We support each other in a lot of ways. We’re friends who are producing music together, DJing, working in 3D, arranging shows, visuals, architecture etc. We hang out together, party together and make crazy plans about how to take over the world. We’re constantly moving in new directions, members are changing and so are our methods. I like how we can give and get feedback constantly, how someone can come in and tell you how good something sounds while you work on it. You can’t have that if you’re in a space all alone. Drömfakulteten has also got me and the others the opportunity to play live early on, not to get stuck in production only. 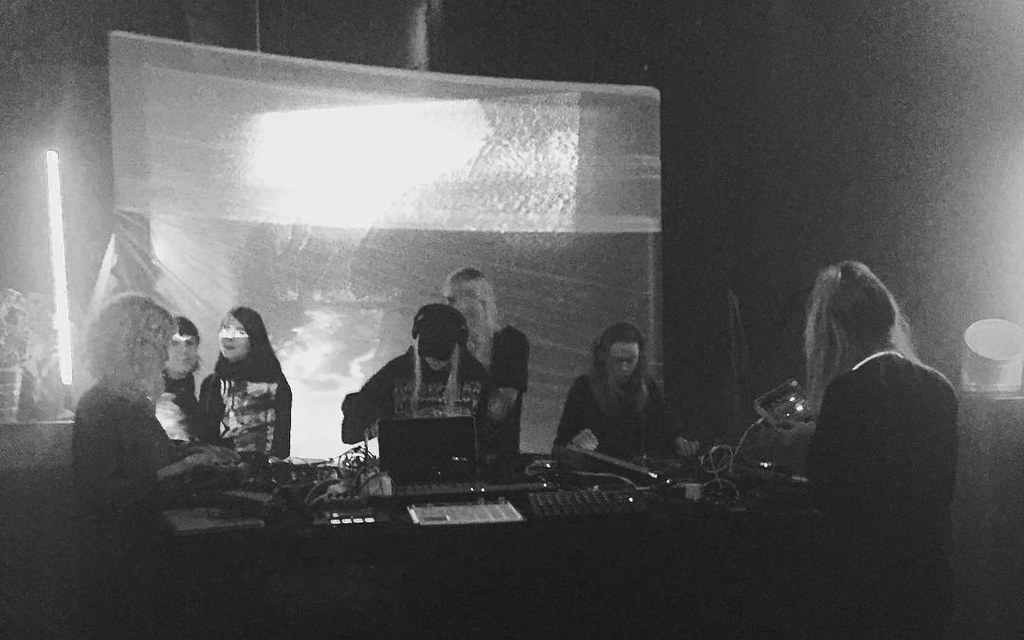 You mention DJing for Drömfakulteten. How do your selections as a DJ differ from the music you compose? When you’re writing tracks do you consider its functionality for the dancefloor or is this not such a concern?

The best part during my last DJ set was when I only played tunes with a tempo around 140-150 BPM. I do quite a lot of genre hopping, and I’m currently listening to a lot of acidic stuff.

When I started to produce I wanted to make dance music, and then it just went into something else. It’s a much slower pace than most of the stuff I’m listening to, but I’m speeding up. I don’t aim for my music to be dance music, but I also don’t aim for it not to be. It is what it is.

How do you find living in Stockholm more generally? It seems to have quite a vibrant scene for experimental electronic music at the moment.

There are a lot of talented people here who are producing, making parties, hosting live shows, running labels and everything around it. Big up to them for making Stockholm a better place to live in!

I saw you played at previous editions of Norberg Festival. What do you remember most about the experience last time?

It was my first time at Norberg Festival last year, and for me that huge concrete cube was the best place to finally grasp the more experimental side of electronic music. That kind of music is the perfect warm up for the more unconventional club music played at the other two stages. I like how two kinds of scenes can exist at the same place and influence each other.