Over the past few years, Barcelona based Adriana Lopez has become one of the defining acts of the Spanish techno scene. Having developed her skills as a DJ back in Colombia where she was raised, Lopez took influence from the early Detroit & UK techno scenes, moving to Spain in 2002 where her work began to make a significant impression.

Over 10 years on from her relocation and Lopez is one of Barcelona’s most acclaimed artists, not least for her skills as a DJ but also as a producer and curator of her label, Grey Report. Founded as a platform for her own smoke-laced warehouse jams, Grey Report has grown to feature collaborations with some of Lopez’s closest affiliates, including NX1 and Developer.

With a performance at Festival Forte coming up at the end of the month, we decided to catch up with Lopez to discuss Grey Report, growing up in Colombia and how she first met NX1.

Hi Adriana, so first off how are things? You returned from your first Asia tour last month I believe - how did that go? Did you get to explore Singapore/Shanghai etc much or were they relatively quick stop-overs?

Things are going well. I have several projects in mind at the moment and am recording new material in the studio that’s going to be released shortly. I’m really excited about the upcoming dates in Europe and the Americas, as well as with the positive results of the recent Asian Tour. I was booked to play in Taipei, Singapore, Shanghai and Beijing and it was a beautiful experience, not just because of the great response of the crowd at all the parties but also because I met some really nice people and had enough time to do some sightseeing and experience the local traditions. I stayed for two weeks and I feel that I made the most of it, but it’s not enough time to really get to know their huge cultural heritage. I’m already looking forward to the next one.

You have a new EP out on Grey Report in September, ‘Anonymity of Grey’. How long has that been in the works for?

“Anonymity Of Grey” is going to be the fifth release on the label and it’s been in the works for some months now. As it’s my first solo EP on Grey Report, I wanted it to be something special, not just in terms of the music and graphics but also in terms of the concept. The promo campaign will start soon.

How do you think Grey Report has developed since you first started it?

The label has developed pretty well and I’m very happy with the results so far. The feedback has always been positive and the artists that have contributed to the label, as well as the ones confirmed for the upcoming releases, are great producers and friends who make really interesting music. Moreover, the label is selling out of the vinyl and all the releases have been repressed to date. I think that Grey Report is on its way to consolidating its own musical, artistic and conceptual identity.

NX1 have appeared on your label and on a Modularz split release with you previously. When did you first meet the pair? You are all still Barcelona based right?

We appeared together on ‘Modularz 09’ in 2012 and that’s how I got to know their music. We’re all Barcelona based so months after the Modularz came out, we met here at Moog Club. Since then we became friends and we’ve done mutual collaborations and appeared on a split release on Grey Report. I also did a remix for Rising, their agency’s label in 2014. 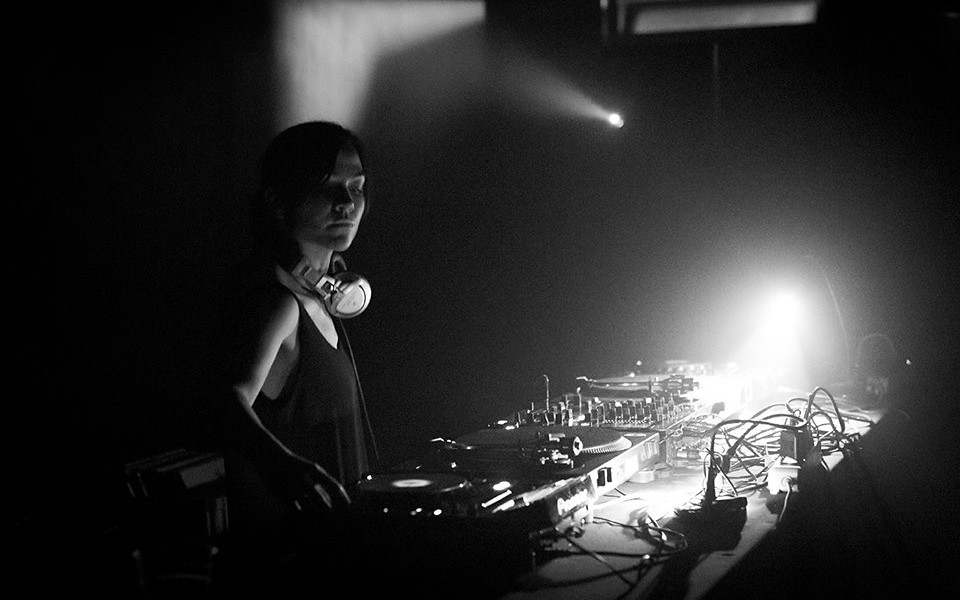 I also wanted to ask you a little bit about your time in Colombia - what was it like growing up there? Was there a big scene for electronic music?

Colombia is a country with a wide variety of musical traditions and an extended folklore so growing up there put me in contact with music since I was a little child. However, although traditional music was, and is, the most popular genre in Colombia, some teenagers in the late 1980s and early 1990s, myself included, started to listen to rock, alternative and house music through radio and music TV channels. The scene for electronic music started to grow in the late 1990s and it’s been expanding since then. It was at that time when I was amazed by the new sound of Detroit and the UK; the early releases of Dynamic Tension, Purpose Maker, Counterbalance and Peacefrog, among others.

When did you first learn to DJ too? Have you always mixed techno or were you more interested in other genres growing up?

It was in 1998 when I got my first pair of Technics and started buying techno records through specialized web shops in the USA. In those days we were just a bunch of friends who shared the same musical tastes and ideas, so we decided to organize some techno parties. In 2000 I became a resident DJ at Bogotá’s CBC club - the first 100% techno club in Colombia, and later on I started playing all over the country. That’s how it all began. I moved to Spain in 2002 and, for about two years, I also mixed jungle and drum n’ bass under a different name. I’m a big fan of both genres but I decided to focus on techno because it’s the one that lets me express myself best and the one with which I feel fully identified.

You have been playing for over 15 years now right? What do you think is your most memorable experience in terms of playing out?

Yes, it’s been over 15 years and it seems like yesterday! It’s hard to say what is the most memorable experience as each gig has its own meaning. However, if I have to choose one, I must say that Berghain has become one of my favorite places to play at, after last year and this year. This is because it has a unique atmosphere that comes mainly from the combination of a massive sound system, an imposing architecture and a very receptive audience. Besides that, the fact of playing longer sets allows you to build a journey with ups and downs going through different stages with the music.

Finally what do you have in store for the rest of the year? You are appearing at Festival Forte in August I believe - how did that come about and who else are you looking forward to seeing play there?

There are some new releases that will be out soon. My first solo EP on Grey Report, “Anonymity Of Grey”, scheduled for September; a Modularz split release coming out in November and the sixth Grey Report release for the end of the year. I’m also recording new material for a Spanish label that should be out in 2016. About the upcoming dates, as you mentioned, I’ll be playing at Festival Forte in Coimbra in August. The festival is organized by Soniculture and they already booked me some months ago to play at Lux in Lisbon and Gare in Porto. Those gigs were great so I’m looking forward to Forte, not just to playing there but to seeing Robert Henke’s audiovisual installation and Front 242 live. Besides Festival Forte, I have other confirmed dates in Germany, Argentina, Canada, Spain, The Netherlands and more T.B.A. for the rest of the year.

Prev in interviews: Nobody is Immune: Lakker