By now, frequent readers of Stray Landings will probably know Machine Woman. Over the past few years, we have reviewed almost every release of hers, covering the “raw and direct” For Sweden, the bump-and-grind of Genau House, and the now legendary When Lobster Comes Home. For a while it seemed like every release built on the last: immaculate sequels completing and perfecting an initial statement. I remember hearing Lobster when it was first announced with a group of friends. Someone turned to me to ask: is Machine Woman incapable of writing bad music? Two years on, I still don’t know.

Her more recent music has taken an interesting route too. Ambient and abstract sounds have always backgrounded her music, bringing hallucinatory elements to the dancefloor grooves. But these sounds have recently been given centre stage, with a flurry of intriguing experiments. Two weeks ago, she released SD001, a strange and alluring soundscape that marks a significant departure from her usual style. But my favourite, ‘Have You Been To Salford Shopping Centre, Have You Seen Argos?’ retells a first-person story, in the bleak middle-England context of concrete, Argos and Gregg’s. It’s the kind of setting Peep Show and Alan Partridge get their humour (and tragedy) from: finding the absurd in the banal.

This weekend will see Machine Woman performing at (-INTER), a 2-day programme of installations, presentations, panel discussions and live performances exploring image, sound and digital art. In anticipation of this event, we caught up with Machine Woman to discuss Fritz Lang, Star Trek, and Alan Partridge.

So you’re coming back to London! What are you up to here?

Yeah I’m doing a couple of shows here, including one at Somerset House Studios. I actually just moved back to Manchester, I used to live here. And I’m about to start my Rinse FM residency too.

A lot of people don’t know that you used to play in bands before you were a techno producer - can you explain a little bit about that transition?

Well that’s easy because I have always played lots of different kinds of music. I don’t really get it when people say they can’t like a particular kind of music or that they are only influenced by electronic music. I’ve heard people say they don’t like country music. But, you know, Johnny Cash is country music. Sure, it’s kind of mean-sounding and dark but it’s still country at the end of the day.

I think there’s something to be said for all genres of music.

Yeah I’ve really enjoyed your recent ambient pieces, particularly ‘Have You Been To Salford Shopping Centre, Have You Seen Argos?’ It really reminds me of the kind of Peep Show-Alan Partridge mundane humour of British comedy.

Thank you! I’m actually so glad you said that. I guess there is something quite Alan Partridge about that story. There’s a kind of bleak humour to those spaces, like the one in that song. They have this really 90s concrete functional aesthetic. I can’t actually remember what I was buying from Argos… I just thought ‘well I haven’t made a track in a while’ and I was sat on my bed on Ableton after going shopping. I made it in 5 minutes. I didn’t think people would like it that much. It’s never about how people will see it though, it’s more about how you present your music.

Are you planning on doing more of that stuff in the future?

Well people don’t book you for ambient shows, really. If you want to earn a wage, ambient is just not the way to make money on weekends, you know? People can I guess but generally it’s all dance music. I want to dance too but that ambient element has always been present since the beginning. The first track I put on Soundcloud is very abstract and dark. I’m actually thinking about doing some re-releases of my first two cassettes, so that will be coming to Bandcamp!

I understand ‘Camile From OHM Makes Me Feel Loved’ was also made in five minutes. Do you normally write tunes so fast?

People are often surprised about that, but in a way, why should it take any longer than 5 minutes? In a really basic sense, when I’m making tracks, I’m on my bed on my laptop. And my neck is going to hurt after a while, so that’s why these tracks have to be made fast. 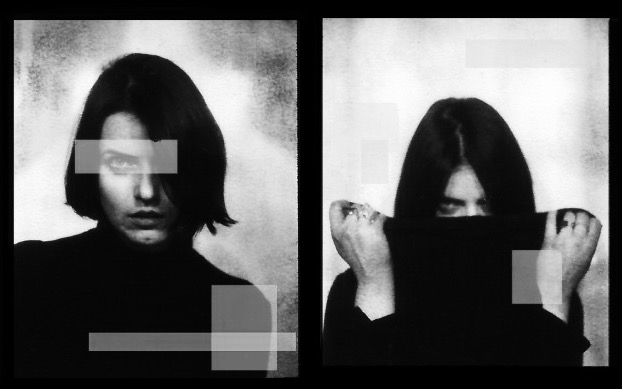 I think for me, music which has taken a long time sounds a bit too laboured over, and loses some of the original power. Know what I mean?

Yeah for sure but to be honest, I’m not a very musical person. I use Ableton and use whatever’s on there. But I’m not very good at writing melodies or anything like that.

Am I right in thinking your moniker comes from the Fritz Lang film, Metropolis?

Yes but also I also think of it in reference to the Terminator films. That is where the name is from though yes, the machine-woman in that film, with that famous image everyone knows of her coming alive and conscious.

So would you call yourself a Sci-fi fan?

I guess so, but is the Terminator really Sci-fi? I don’t know. I suppose it’s borderline. But for me, I think of Sci-Fi more as like Star Trek/Star Wars kind of stuff, which is not really my scene. No offence to any Star Trek fans though! It’s just not my thing.

I know what you mean. I guess I’ve been a bit put off by sci-fi subcultures because they can be quite male-dominated spaces.

Yeah you say that although the Star Wars films had some pretty badass women in them. There’s Princess Leia who gets captured by Jabba the Hutt but escapes…

The gendered element of Metropolis is quite interesting too.

Yeah, to be honest I haven’t seen it in a while [laughs]. It’s a long film you know, like over two hours!

I noticed the hammer and sickle in your Twitter handle, would you call yourself a communist?

Well, I lived through communism, I saw what happened when it collapsed. So I don’t think it’s a good idea. People sometimes ask me about my politics or the politics of my music but it’s just there in the name you know? It’s in the music.

Machine Woman will be playing at Somerset House Studios this evening, tickets can be bought here.

Prev in interviews: Do Not Resist The Beat: Etch