Based in Milan, Italy, Nicola Ratti is a figure well-regarded in the world of avante-electronics. Since his debut release in 2006, Ratti has explored rough-edged granular sampling, subtle experiments in micro-tonality and abstracted dancefloor themes. His Where To Now? released Pressure Loss LP earlier this year showcased a bewilderingly complex and creative use of limited tools. Ratti composed the work using just a Serge Modular and an ARP2500 Synthesiser at Rotterdam’s WORM Studios creating a rich tapestry of pulsing rhythmic tones.

Although his music has plenty in common with the rather stoic world of experimental sonic study, he also gives nods to other, more accessible genres. His releases with lifelong friend Giuseppe Ielasi as ‘Bellows’ for example, gives plenty of hints to lo-fi post-rock and shoegaze electronica, while his 2015 ‘Wounded Boys’ cassette has moments of plodding dub and itching hi-end grooves.

With the release of Pressure Loss, a number of shows and more material both solo and collaborative forthcoming, 2016 appears to be a fruitful year for Ratti. We decided to catch up with him to discuss Auna, a small festival he helps organise, the benefits of limitation and the importance of space when performing.

Hi Nicola, how are things? I’ve been really enjoying Pressure Loss lately, and impressed with the limitations you set yourself when composing it. Is this typical of the way you work, limiting yourself to certain sounds or instruments?

Ciao, things are fine thanks. Really happy you’re enjoying my work! Yes - it’s a choice I’ve made over the last few albums. Nevertheless what I am using lately (modular synth systems) have in their nature an impressive auditory palette even if as I do, you use only a few elements of the whole system. My thinking is that the complexity achieved by minimal variations of pitch, rhythm and dynamics of a very limited number of clear pulsations is much more intense and deep than a group of sounds with different nature and origin. 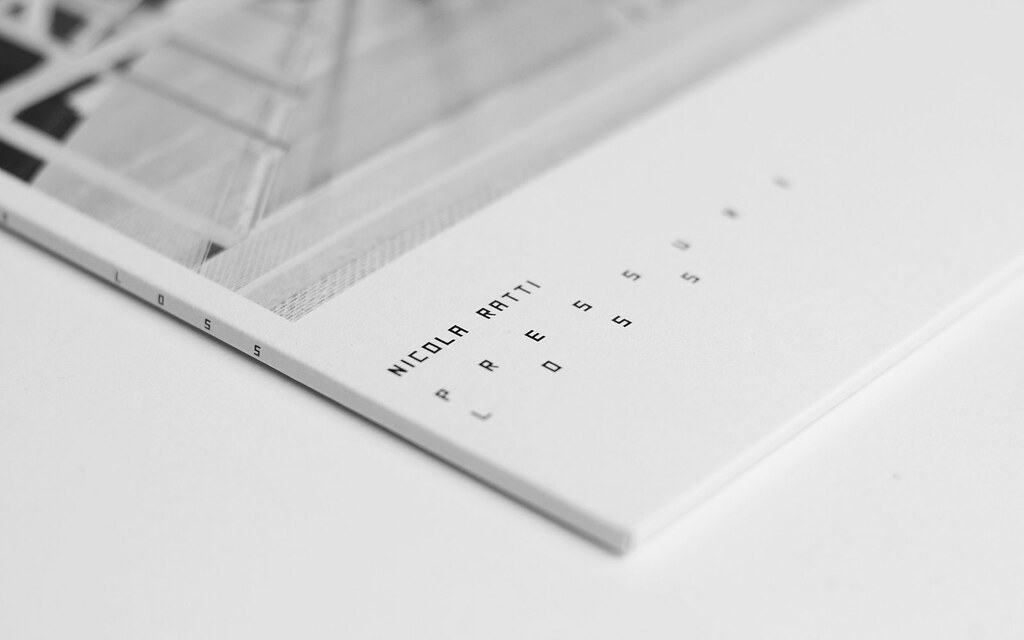 Was the concept for the LP something you came up with at WORM Studios in Rotterdam or did you visit there with the idea pre-formed? How did you come to work there and what are the studios like?

I went there without any ideas or instruments but I was already in that way of thinking I mentioned, so after a few attempts I realised I was doing well and moving in that direction. I was excited both by the incredible sounds those machines could produce and by the quality, in term of integrity, concept and complexity, of the sessions I was producing. The studio (it’s just one) is a nice place. You get your keys and you’re free to spend as much time there as you want during your residency. I’ve been using only a part of the Serge Modular and few elements of the ARP2500 but there were many more electronic instruments. I’ve been playing almost all of them but those two were the only ones I approached with a real interest.

Giuseppe Ielasi mastered the release, who you also produce with as ‘Bellows’, and have collaborated on a number of other projects… Tell us about your relationship - how did the two of you first meet?

We met many years ago, before knowing we were both musicians. Lately a lot of people have asked us how a collaboration can last for so long and I always reply that probably it’s because we’ve never pushed it - we’ve always waited for things to come together naturally without any pressure from us or from the annoying idea of doing releases, searching for gigs or whatever. We produce music when we want to or whenever someone interesting asks us for some new material, we don’t have any booking agency, we play gigs when somebody asks and it’s worth doing. We also work on other projects concerning sound, such as sound design for art installations, videos and exhibitions. 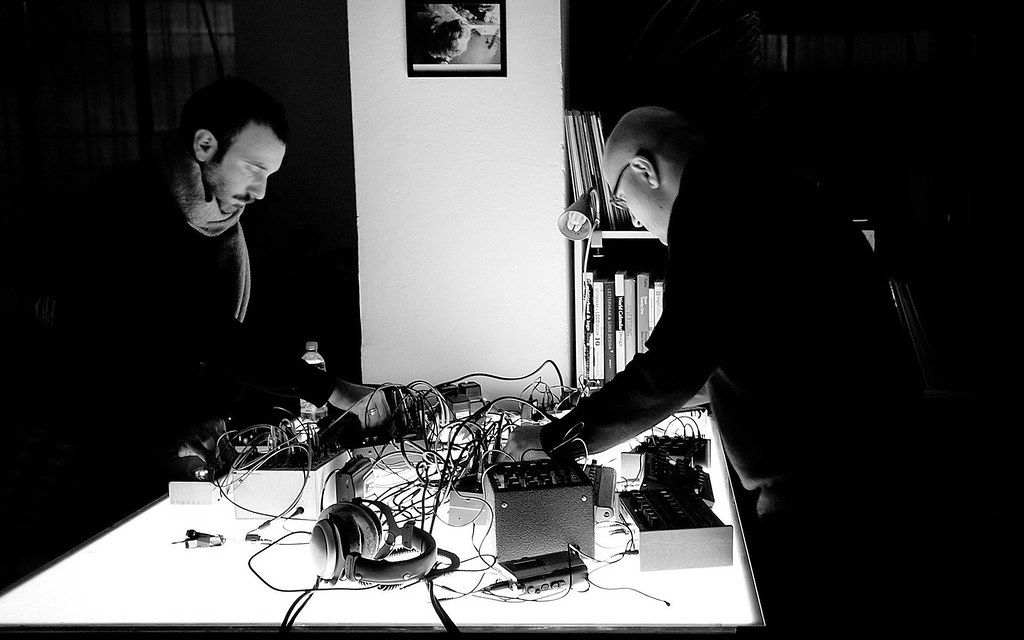 Is collaboration something that comes naturally to you or do you prefer to work in isolation generally?

There are different reasons to start a collaboration, I don’t have any one in particular but an interest in some other artist or the feeling of a similar approach and taste. So far I’ve not been so much into collaborations but I have some coming up now, one is with Jake Meginsky. I’ve found in his music a way of considering the elements that compose a piece of his in a similar way to mine. We wrote to each other after we shared our last albums and we thought it was reasonable and interesting so we decided to start a collaboration. We met in Milan (I organised his solo concert here) and we decided to go with the idea, without any pressure however.

You were at FASMA festival the other month I believe, how was it? Was it nice being able to meet some other members of the Where To Now collective at the showcase?

Yes it was! I met Jesse Osborne-Lanthier and it was nice to spend the evening together and share the stage with him. The crew and the festival were super even if I didn’t have the chance to stay in Athens longer than the night of the gig, since the day after I played at Hand-Signed in Florence. 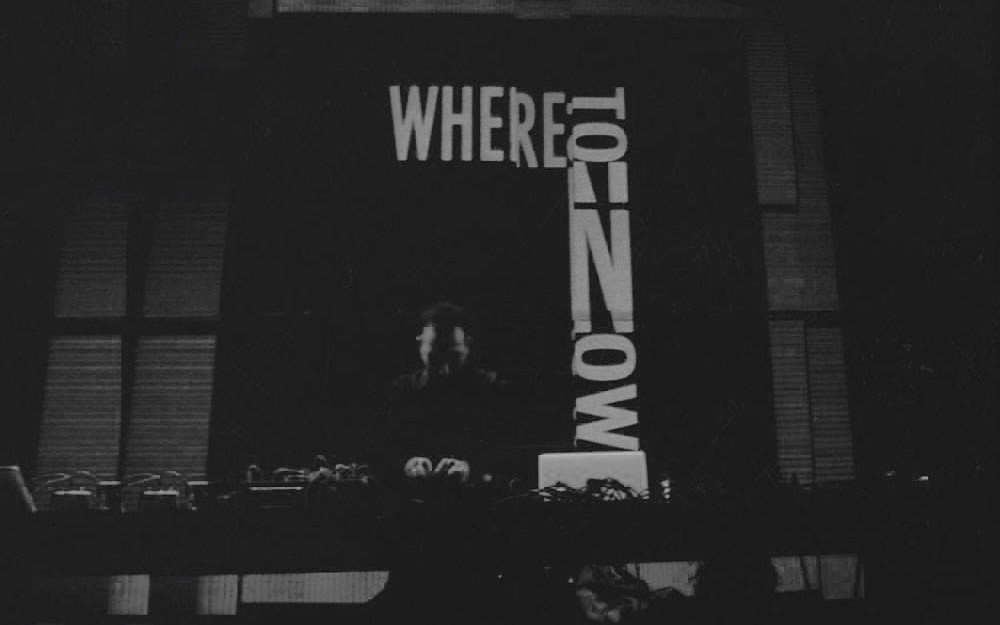 Speaking of festivals, I was reading about Auna on your website. Is this something you help curate? Tell us a bit more about the project…

Auna is an ongoing project led by many Italian experimental musicians. It was conceived initially as a sharing of our own activities and research, a kind of private gathering that only turned into a mini festival in its second phase, self-organised by the musicians. I organised the second (and last so far) in Milan more than one year ago. Since then I’d say Auna is in stand-by, waiting for other people to set up another meeting.

Milan seems to have quite a vibrant electronic music scene in general at the moment. Do you feel there has been an uptake in interest in the last few years or has it always been like this?

It definitely grew in the last 2/3 years but that doesn’t mean years ago it was so much less. I guess the step forward came from a multiplicity of promoters and venues that went deeper into specific kinds of experimental music, keeping their activity inside a kind of net - that’s good I think. At the same time, concerning the audience, Milan is not a huge city so the number of people really interested in the music is proportionate to it. That’s why I rarely complain about the amount of people that come to a show and that’s why, trying to be realistic, I’ve only organised shows that I can afford.

I understand that you have curated some gallery work for ‘Standards’ in Milan. I imagine you play vastly different music in galleries than say, a club or festival. How do you consider the importance of space? Does it affect the work you put together?

Absolutely yes. Playing music without considering the meaning and consequences that the sounds you produce have on a specific place - it’s like driving a car blindfolded. Talking about my experience there’s a tight and unavoidable link between what I’m playing and what I’m listening to. Usually I try to play in front of the PA, it’s on my tech rider, but often it’s not possible (like when you’re playing on stages and so on) so I agree to play with two monitors and it’s OK, but I feel half the intensity of the show. I cannot establish a real connection with the sound, I cannot follow its changes inside the room and enjoy what the audience is listening to, trying to consider a concert more like a shared and unique experience than a one-way and repeatable exhibition.

Finally what’s next for yourself? Any interesting projects you are able to tell us about over the rest of the year?

Actually I’m doing many different things and more are coming. Not all of them are closely related to my activity as a musician but they are all related to sound, that’s what matters to me. I won’t bother you with the list of activities I need to fulfill to make a living out of the choices I’ve made so I’m telling you only the ones you probably care about…

I’m currently working on some new material that I’d like to become my next album and, as I told you before, I’ve started a collaboration with Jake Meginsky so we’re recording and sharing sessions. I’m awaiting along with Giuseppe, the release of a Bellows’ EP and LP from two different labels, hopefully before the end of the year. I’m also curating/promoting a series of events in Milan concerning sound and space such as concerts and sound installations with an art organization I founded with other artists and curators. That’s all so far.