You might know London-based Jimmy Billingham better as HOLOVR (or for his other Holo-related activities). His 2014 LP for Opal Tapes, Holo Earth, straddled something between the forest-hallucinogens of Oneohtrix Point Never and the foggy rave-pastiche of someone like Lee Gamble or Lowtec. 8-bit kicks, swirling arpeggios and warped breakbeats collided to create a dream-like experience - euphoric techno lost at sea, dizzy and confused.

Recently however, Billingham has been exploring other avenues. Most recently he contributed to SM-LL’s ‘Batch’ series under the moniker Ex Geo. ‘Batch 0005’ takes the form of a lathe-cut 12” presenting a more streamlined and delicate approach to production than his usual space-gazing material. Melodic motifs are left to stand on their own here, as Billingham reduces his tonal palette down to the bare essentials.

With the release out for a week or so, we decided to ask Billingham about how the project differs from his work as HOLOVR, making chiptune on Gameboys and the benefits of listening to music in the dark.

First off, tell us a bit about the Ex Geo project and how it came to be. What would be the best way summarise the differences between Ex Geo and HOLOVR?

Ex Geo is less melody-driven and steady than HOLOVR, and more abrasive/abstract/glitchy. It’s a platform to try out that kind of stuff.

There were a few Ex Geo releases on Indole in 2015 - the latest is out on SM-LL. What was your first contact with Martin and Lucia and how did the release come together?

I recorded most of the tracks that ended up on the release over a very short period and actually sent them to Yves De Mey, just for him to listen. He recommended I send them to Martin and Lucia as he felt it’d fit what they were doing with SM-LL.

I looked them up and realised that it certainly did, especially with their stripped-back, minimal, low-key aesthetic, as well as Martin’s own extensive use of Nord Modular gear (the Ex Geo release is exclusively Nord Micro Modular, apart from effects). It really did seem a perfect fit, and had some similarities with stuff they’d already released on the label. I sent the tracks to them and they were really into them, and here we are now! 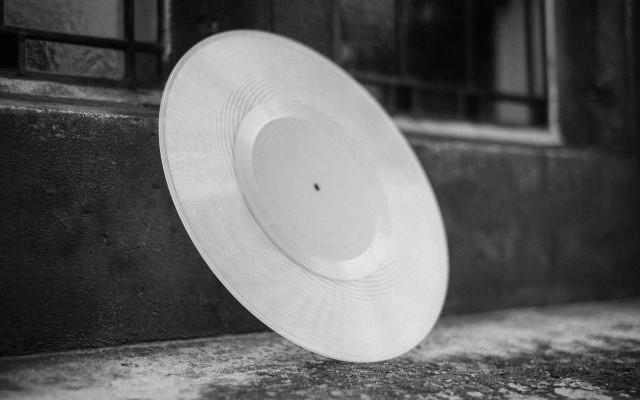 I know Martin was something of a persuading factor in Yves buying a Nord Modular - I was wondering how you first came across the tool and ended up getting one? Is it a very different way of working to how you develop HOLOVR material?

I’ve had a Nord Modular for about 3-4 years. I recently upgraded from the Micro to the Rack version. I can’t remember how I first came across it but what appealed to me was the combination of huge scope and flexibility combined with a small footprint and low cost. Nords have quite a distinctive sound, which I love.

I’ve used the Nord Modular in HOLOVR stuff but in a different way - mainly for percussion and some sequences. With that Ex Geo release on SM-LL I wanted to explore the sound design elements of it and push it in a different direction. It naturally has a very clean, digital sound - which is part of its charm - but I wanted to get it to sound organic; I was thinking of sounds of water, wind and tactile, textural sounds. Running it through a spring reverb unit and analogue delay certainly helped with that.

The press materials cite ‘Batch 0005’ as a “palette cleanser” between working on HOLOVR material. Is it important for you to have variation in your output to be able to approach things fresh?

I guess so, although I’m not sure I really think of it like that. I just wanted to make something like those Ex Geo tracks at that point, something stripped back, texture-driven and organic sounding, with a certain harshness, and it did feel like a palette-cleanser (that was my phrase actually!). I just go with whatever vibe I’m feeling at the time.

What were your first experiences of live electronic music like and what do you try to achieve in your own live shows? Does aesthetic/gear matter or is it just about the resulting sounds?

All that matters is the sound and the vibe. I like it to be as dark as possible, so people can get lost in the music and so I can too, and just get really deep and as close to an altered state as possible.

That’s what I like about club spaces - they’re zones for people to just vibe in, rather than it being about a performance as such. For me, the sound is the only thing performing, and darkness means people don’t feel the need to physically orientate themselves towards anything (apart from the speakers). With music in darkness it becomes possible to even orientate people away from their physical presence, and the experience of sound and music becomes much richer. The epitome of this for me was the Autechre show at the Royal Festival Hall in complete darkness last year; such a strong, precise sound in such a vast space - one of the best things I’ve ever experienced.

I read you used to make chiptune on a rewired Gameboy… How did you get into this? Do you think it provided a good first footing for working with modulars and hardware?

It wasn’t really rewired Gameboys - just using programs that enable you to control the sound engine. I’m not sure how I got into it - I just liked the sound and being able to use old bits of equipment in ways that weren’t intended. It also fit the strict budget limitations I had at the time! You’re right though, it was my first real use of hardware, and although I did at first revel in the limitations, ultimately they became constrictive, so I moved on.

You studied film right? I wanted to ask about your favourite soundtracks, and whether film-music feeds into your production process.

I studied film theory, yes (not film-making) - more the philosophical study of film. Music in film is very important for me - it’s essential for film to have its uniquely powerful effect, although I never really listen to soundtracks on their own; that always feels odd to me. Film soundtracks I love include the Popul Vuh soundtrack for Aguirre, Wrath of God, the Vangelis Blade Runner soundtrack, and the music and sound in just about all of David Lynch’s work.

You run Indole as well. What were your original intentions starting the label, and how has the direction changed over the years? How much of the roster do you know on a personal level?

I got sent a demo before I’d started the label - one that I just had to put out. It was the Pearl River Sound one, and that’s definitely one of my favourites, although I really do love them all, hence them being on the label. It was only ever about releasing music that I love, rather than thinking in terms of genre or appeal. It’s pretty much wound down now though. It’s hard to devote time to it, as I prioritise my own music-making, and already have to balance that with a 9-5 job.

Finally what’s next for yourself? Any forthcoming material you can tell us about?

A few HOLOVR records are on the way. Next up is a 12” on Happy Skull (which should be out in a couple of weeks), a Sad City remix on Emotional Response followed by a split as part of their Schleissen series, and then a couple that haven’t been announced yet - it should be a good year! I’ll probably work on some more Ex Geo at some point too, once my palette needs a cleanse.