Releasing your debut material in-tandem with modular titan Russell Haswell isn’t bad going for a first footing. Such was the story in 2013, when Gábor Lázár occupied the a-side of the ‘Split’ cassette, filling it with wild, jazz-imbued oscillations. For those unfamiliar with Lázár’s sound, it can seem a startlingly unconventional approach, and also somewhat difficult to describe. The is heightened by the fact all his material to date (bar his collaborative LP with Mark Fell) uses the same spartan tonal palette, putting his idiosyncratic use of additive synthesis in unwavering central focus.

My own first introduction was last year at Norbergfestival. Through a thick veil of blue smoke Lázár barraged the audience with frenetic modulations, dizzying and untamed, yet with an ultra-clean, almost trance-like sheen to them at the same time. Heard in isolation I would usually envisage this style of music played in small DIY spaces, with the audience sat cross-legged on the floor and lost in thought. Yet behind the highly-engineered sound, Lázár brings an exuberance and groove impossible not to move to.

With his latest LP, Crisis Of Representation released via French label Shelter Press late last month, we decided to catch up with Lázár to talk about the album, Stockholm’s ‘Elektronmusikstudion’ (EMS) and introducing Lángos to Mark Fell.

I enjoyed your performance at Norbergfestival last year. From what I could tell you were just using a laptop - is this characteristic of how you make music in the studio too?

Norbergfestival was great. My favourite acts were DJ Stingray, Mobilegirl and Apeiron Crew. During the festival we went to swim in a huge cold lake with Mobilegirl and Pan Daijing. It’s just a 10-15 walk from the festival site so it was the perfect way to escape a bit. The water is definitely cold for anyone who is not from Sweden. At least for me it was… 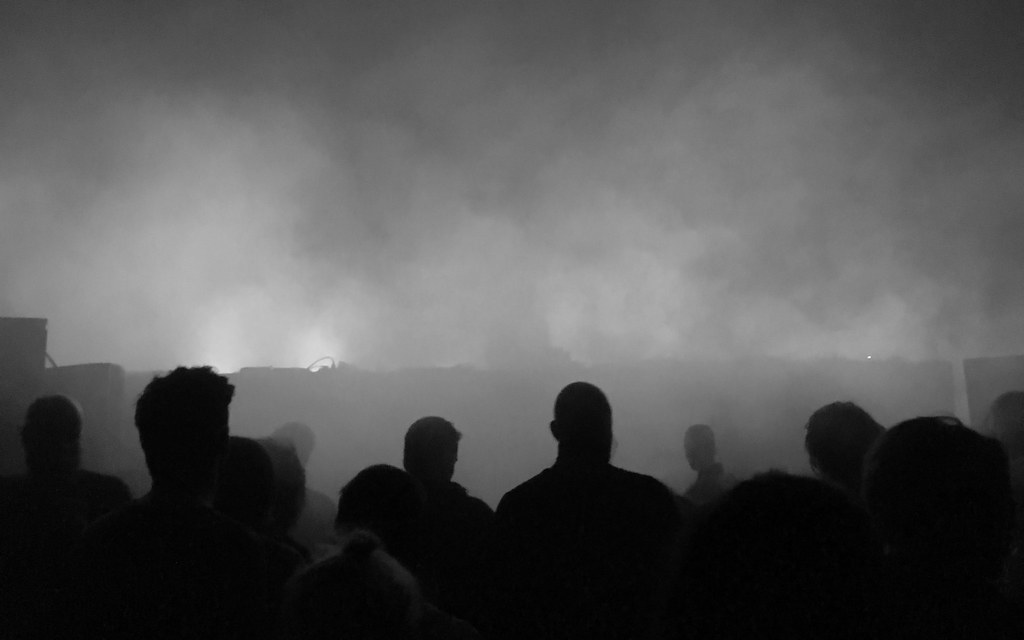 I use software at the moment but I can imagine using modular synths for other projects. When I make a track I first create the rhythm and then I play around with the synth and record it in real-time. On stage I use the same synth presets which I specifically designed for the last album and I’m playing around with it, so it’s real-time sound synthesis in all cases. 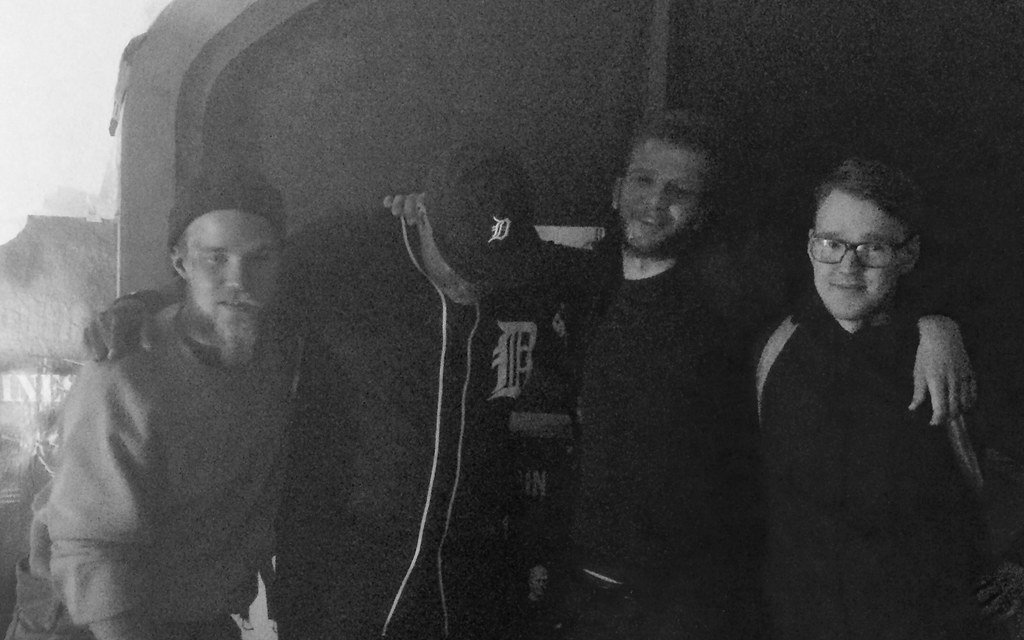 With DJ Stingray at Norbergfestival 2016.

I saw you spent some time at EMS in Stockholm too. How long were you there and have you done more sessions since?

I was there in December 2014. Lorenzo Senni also had a residency on the same dates at EMS; both of us stayed a week. He worked with the Buchla, I had the Serge. It was a good experience. I managed to realise my ideas quite quickly on the synths I think. I made recordings at EMS but only for my own archive, not to release.

The residency space is really nice, and the people who run EMS are super friendly. It would be great to go back again.

So far, your releases have all followed a similar blueprint using additive synthesis. When did you first discover this process and what is it that keeps you using this fairly limited tonal palette?

I think it isn’t so important what synthesis I’m using. The results and the development over the years are much more important I think. I don’t feel myself limited, I can see loads of possibilities ahead of me but it’s better to do one thing at one time.

I’ve been enjoying Crisis of Representation. How did you arrive at the album’s title? What was your first contact with Felicia and Bartolomé too?

I was reading about hyper-reality when I encountered this phrase. I liked that it has multiple meanings so picked it as a title…

Bartolomé from Shelter Press contacted me and told me that they would be happy to work with me. I’ve been following their work since Kaugummi Books, so I knew what they do.

I wanted to ask a bit about your release with Mark Fell too. He came and worked with you in your studio for a few days right? What was it about the collaboration that worked so well you think?

We didn’t really talk about what we wanted to do. The studio was at my friends’ apartment; it was central. I brought a pair of speakers and we set up our own computers, connected them and made recordings across four days. After, we selected the ones we liked the most, then later we cut them down. So all of the tracks are real-time recordings with a little bit of post-editing.

I like to make music with not too much talk and that’s what Mark also prefers, so it was comfortable and we still had a lot of time to hang out in the city.

Since then, he came back again for a week and every time he is in Budapest we go out to eat Lángos at least once. It’s an original Hungarian dish - deep fried dough, quite heavy… When I first described how Lángos is made Mark was a total skeptic but after the first bite he just said, “oh my god”, and ate the whole Lángos at once. 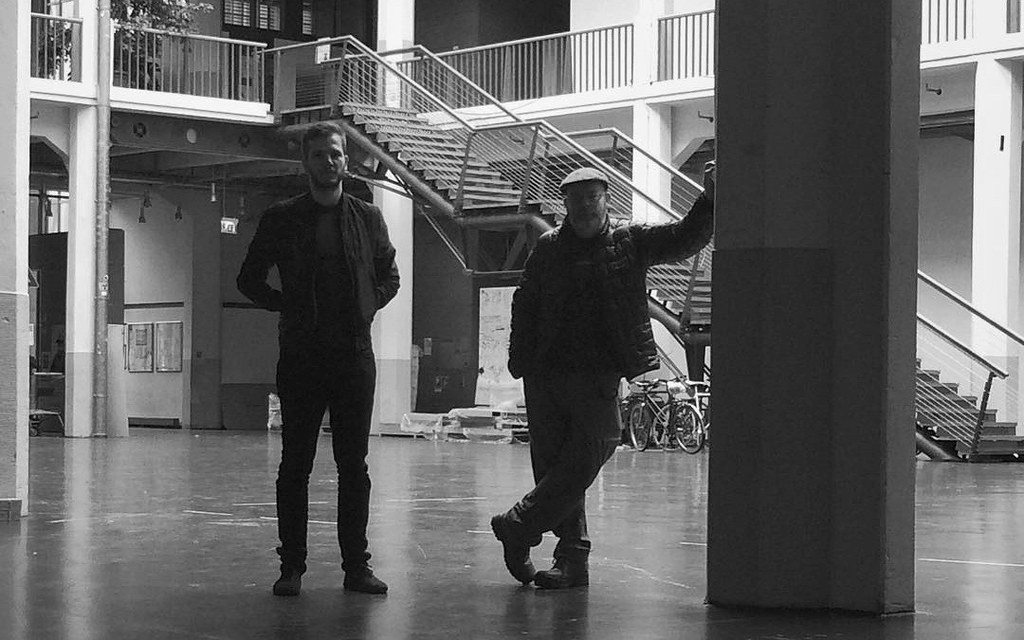 Can you tell me a bit about the music scene in Budapest? What kinds of things were you listening to growing up?

 I listened to everything I could with my friends. We wanted to discover music; we listened to everything from Mayhem, to Jeff Mills to DJ Hellfish to [Ryoji] Ikeda, to Pan Sonic… all kinds of stuff. The most primitive and the most sophisticated. I think techno stands in the middle - it’s both primitive and sophisticated at the same time and that’s why I became obsessed with it I think. I spent my late teens/early twenties making techno and DJing which I still really like doing.

I don’t run clubs so I don’t know if there is any kind of manipulation by politics, but I know that there is no financial support for non-profit cultural festival organisers such as UH Fest. But, they still make it happen through hard work and collaborations with supportive club owners and other venues.

You played UH Fest last year right? Are the crowd mostly Hungarian or does the festival attract a lot of visitors from abroad? On a related note, do you get many bookings in Hungary generally?

I really like to play in Budapest because roughly the half of the audience are my friends or people I know from somewhere, so it’s more intimate. This year I noticed that there were more foreign visitors than last year and I think this trend will keep growing. They are mostly people from the surrounding countries taking a bus or train, getting here cheap to see big names playing and also local acts for reasonable price. Sounds like a good holiday!

Finally what’s next for yourself? Any further releases on the horizon?

Sure, I will take new directions with the next release. You can even dance to it.