I remember the first release I heard of Herve Atsè Corti aka Herva’s. Released on esteemed dutch label Delsin, 2013’s ‘What I Feel’ EP jolted between glitch-laced house, woozy electro-psychedelia and raw, machine-driven techno. Despite the diverse tonal pallette, Corti’s unique blend of sampling and gritten electronics tied the release together remarkably well - as if taking snapshots of different landscapes through the same, uniquely filtered lens.

Three years on and Corti has seen releases on All City, Don’t Be Afraid and Kontra, as well as having fulfilled one of his lifelong dreams, releasing an LP on Mike Paradinas’ Planet Mu. Despite the now enviable back-catalogue of releases, the same theme seems to define Corti’s work for me - using a wide array of distinctive processing to recontextualise all manner of samples to his own unique tonal pallette. This isn’t to say there has been no progression however. His Planet Mu LP Kila felt considerably rougher around the edges than previous releases, distorted flourishes deepening the album’s immersive qualities even further. This is perhaps a byproduct of Corti’s new field of study, Electronic Engineering, which has even seen him able to fine-tune his studio with even greater proficiency.

Aside from his solo work, Corti is also a member of several collaborative projects, such as Bosconi Records mainstay Life’s Track, and avante-garde collective Tru West. With more material due out from Tru West shortly, as well as an upcoming show alongside Shackleton with Florence’s Disco_nnect promoters, we decided to catch up with Corti to see how he’s keeping up with it all.

You mentioned you’re studying Electrical Engineering at the moment, how are you finding it? When did you first get interested in electronics?

The degree is tough! I had an exam last week and I’m still waiting for the results. I should graduate this year anyway. It’s quite hard because the DJ lifestyle is not the best thing for engineering! I guess I started messing around with stuff a couple of years ago. I was studying mechanical engineering - and to be honest it wasn’t my jam. I was into mechanical engineering because I loved motorbikes.

I’ve been making music for almost 13 years and at some point I decided it was stupid to carry on with mechanical engineering when it has no connection with music. It was a decision I made without having to think about it too much. I decided to take electronic engineering because I wanted to get deeper into what I was doing - I started trying to better understand the machines I was using.

And you’re studying in your hometown of Florence right?

Yeah - I’m not from the centre of the city but just outside.

I wanted to ask about the nightlife in the city. I interviewed another Italian artist a while back who used to talk about parties up in the woods in Trento near Lake Garda (I guess what we’d call ‘free parties’ in the UK), is this something that happens in Tuscany too?

Well, these kind of parties happen but they’re really rare. It’s difficult because Florence isn’t a very big city - there aren’t many locations for that kind of thing. If you do something illegal the police might show up, so people don’t do it too much, but sometimes there’s some really cool stuff. You do a one off party then change your location. It’s a new story every time. The guys at Killabros made some really great parties, but even for the legal parties there aren’t many locations in Florence. I guess the city doesn’t like electronic music too much so there aren’t many places we can do our stuff.

There’s only one big club in Florence, but there are also a lot of small promoters that do really cool things. This is important because these are the people that keep the city alive. If you have just one club, you’re fucked! You just listen to what they want you to so it’s not good.

What are the decent smaller parties you’d recommend?

Well firstly the Disco_nnect stuff. It’s quite an obvious choice though because I’m a resident DJ at the night. It’s also an easy choice because they have a really good cypher of events. Next week I will play with Shackleton. They do some really really cool stuff - from noise music to dance and electronic house. The next event will be William Basinski. They are interested in small stuff - not too much PR and communication. They do it for the music and that’s all, and that’s why I like working with them.

And are people in Florence receptive to this stuff?

It’s been trying to figure that out for years! It’s a pretty a random distribution of people coming to different events, and a certain core that really dig them. You never know if people are there for drugs or girls or are there for no reason at all. Maybe people go just because it’s popular for a bit, but I don’t know if they are deeply into it. It shouldn’t be important though.

The point is that some people who come randomly, are impressed by what they see and become interested in electronic music - that’s the important thing. It’s not every day you can see William Basinski in Florence for example (laughs). If five or six people are impressed by what he’s doing, it already enough because these five or six people will open their mind to this world and talk to other people. That’s how it works. You have to approach this stuff in little steps. Promoters shouldn’t need to worry about how many people come to these events, they should worry about what they want to share with the city, what they want to offer.

I read in another interview releasing on Rephlex was another dream of yours alongside Planet Mu… Do you remember the first Aphex you heard?

I heard Aphex and Autechre’s stuff when I was about 15 or 16. That day changed my life because those guys do so much with electronic music - they opened up my mind. My stuff is on the weirder end of the spectrum - it’s not easy listening stuff. All my years I’ve been listening to Rephlex, Planet Mu and Warp. 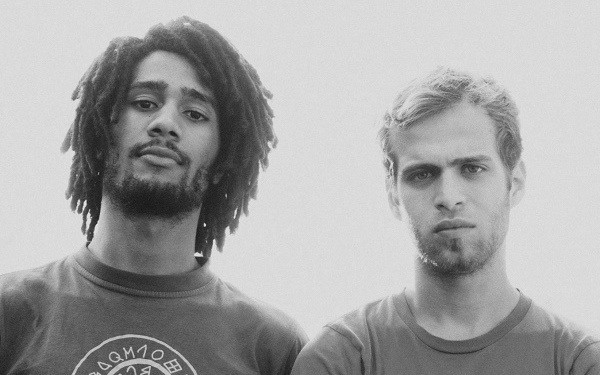 After working on a big project like Kila or Instant Broadcast do you have a break in writing or is it continuous?

It’s random. After Kila I took five or six months, where I’d do one track or so and not much more. When I finished Kila I was gigging a bit more so I had some money to invest in the studio and I decided to change it a lot. It took a long time because I had to think about a new system for my studio. I took five months to work on it; buying new gear and fixing stuff. I did a bit of maintenance; upgrading and changing, also building up new gear… I wanted a new environment before starting new music.

I only go in the studio when I want to though. It doesn’t make any sense to treat it like a job. Maybe you’ll keep on doing the same stuff, but for me it’s important to keep challenging myself. I don’t care if it’s better or worse, I just want to be excited by what I’m doing at the moment. It’s important to me to have new ideas. Maybe if I didn’t make music but thought about instead - it’d be cool because it’s the same thing to me. You are always making music because you are focused on making music - that’s the point. You don’t have to be in the studio every day because if you do, for me, if I force myself to go every day i’ll just come up with the same sounds and that would be annoying.

And you change your studio around quite a bit?

Yeah, it’s like a spaceship now! Really. I don’t like to talk about my studio too much, people should care about the music and not how I make it, but this time it’s quite sick! I’m a jealous guy and it’s like if I were to let you see my girlfriend naked or something, it’s not possible! (laughs)

I was a big fan of the Kontra EP you did with Mass Prod (Martino Marini) a few years back. Do you remember the first time you met?

I don’t really remember when we first met because it was a long time ago - we’re good mates! I’ll see him next week as he’s in Florence. I met him six or seven years ago because at that time Dukwa (who I share the Lifes Track project with) was sending stuff to Mass Prod, and he was sending his stuff to Fabio Della Torre at Bosconi Records. That’s how we all became friends, because Fabio was getting interested in Dukwa’s music and after that my music, and Mass Prod was part of the Bosconi crew too. It’s just because we all share the same label and we’re all Italians.

For a period Mass Prod also lived in Florence so we used to hang together, but the Kontra thing came about because I was in Berlin in that period. Mass Prod was living there for a couple of years and he had a really big and cool studio. We decided to try making something together and the record came up. There’s not too much planning in what we’re doing! I think I had a gig in Berlin. I didn’t used to travel very much so when I do it’s nice to take some extra days!

It all comes together quite naturally by the sounds of it…

Yeah, you know, you’re there with a friend, he has a cool studio, why not make some stuff together! Maybe now I don’t make random stuff so much. In that period I was much more focused on just making music, where as now I give a big part of my life to electronic engineering, to my girlfriend, my friends - I used to take it a lot easier. If I don’t have as much time to go to the studio because of exams and stuff - when I do I like to have the time to do my stuff freely.

If you keep on starting projects with people that maybe don’t for example live in your city - it’s quite hard to keep up the work because you have to take your time to maybe talk on Skype, you have to share projects, you have to figure stuff out - it takes time. With the Mass Prod release I had three days with nothing to do so I could go to the studio. Now I’m in Florence and I have to study for my exams. I might not have enough time to even go to a record shop perhaps.

Will we see more from the Tru West project too? What’s next for yourself more generally?

Yeah of course, we have a new release coming soon. It is a really open collective. It’s me, Mass Prod, Rufus Raffalmenta and Matteo the label boss of Marmo music (we call him Medium as it’s thanks to him the whole project started). I have remixed one of the tracks on the new release and I really love that remix.

I also have another release for Rufus on Bosconi Records. After that I will do some work with All City and Planet Mu, but it’s just now I’m figuring out how I’m going to make the music. All this stuff will come after the summer. I know that we will do something else but I’m also interested just to do some new music because the new studio is sick and I got some weird new stuff, so I want to make as much new music as possible and then see what gets released after.